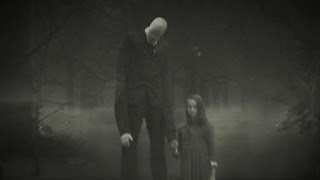 Earlier this month, a criminal court judge ruled that thirteen-year-old Morgan Geyser, and her thirteen-year-old friend Anissa Weier, would be tried as adults concerning the crime for which they were charged one year earlier.  It's always disturbing when children commit crimes. However, the details of this horrific event make even the most desensitized people in today's crazy world wince in utter disbelief. On May 31, 2014, Weier and Geyser invited their friend, Payton Leutner, over to Geyser's house for a sleepover to celebrate Geyser's 12th birthday.

Later in the day, they asked Payton to go play hide-n'-seek with them in the woods near the house. Once hidden by the trees, they took out a knife and stabbed her 19 times, leaving her for dead. The victim managed to crawl in her blood-soaked  fleece jacket to the road, where a man on a bicycle saw her and dialed 911. She barely survived; one stab wound was but a millimeter from her aorta, which would have meant death for certain. When police asked her how she made it out in such a wounded condition, Payton's answer was to the point, "I wanted to live."

Was this some random act of violence? No, Geyser and Weier had planned the murder for months. Did Payton bully the other two girls? No, Payton had always been nice to them. Was this revenge for a boy liking her instead of one of them? No. They did it to become "proxies" of the "Slender Man." According to Newsweek magazine: "In 2009 an online forum called Something Awful announced a Photoshop contest to create fake supernatural photographs—images so convincing that they would pass as the real thing in other online paranormal forums. Eric Knudsen submitted two black-and-white photos of an impossibly tall, thin and faceless creature stalking children. According to the website 'Know Your Meme', one of the captions read, “We didn’t want to go, we didn’t want to kill them, but its persistent silence and outstretched arms horrified and comforted us at the same time.… ” Knudsen called his monster Slender Man.

The legend of Slender Man morphed and grew as people contributed to his story, writing fan fiction and creating their own forged photos in a kind of modern-day, tech-fueled folklore. Dressed in a black suit, Slender Man has black tentacles protruding from his back. He can stretch his arms to inhuman lengths and is often pictured lurking in leafless forests or behind unsuspecting children. Legend says he can cause memory loss, coughing fits (referred to as “slendersickness,” according to Know Your Meme) and a litany of paranoid behaviors. He can remove your organs, impale you on a tree or stalk you slowly and drive you to madness. Slender Man is now a facsimile of the Puritan devil: He is everywhere, every day, a specter of our anxieties about raising children in a world where technology reigns and the lines between reality and fantasy grow dimmer." (See http://www.newsweek.com/2014/08/22/girls-who-tried-kill-slender-man-264218.html).

Or perhaps the lines between natural and supernatural have grown thinner. The Slender Man was a tall, faceless freak in a black suit who was photoshopped into chilling black and white pictures. A disturbing myth developed about this evil spirit that lurked in forests and preyed on children, manipulating their actions and driving them mad, or snatching them with his tentacle-like arms. The Slender Man attracted a cult following online, including two US ­schoolgirls now standing trial for murder as adults. Morgan Geyser and Anissa Weier were convinced the Slender Man would kill them and their families unless they made a sickening sacrifice to please him. Weier told police: “The bad part of me wanted her (Payton Leutner) to die; the good part wanted her to live.”

According to the Daily Mirror: "When detectives searched Geyser’s room they found half a dozen mutilated Barbie dolls that had been slashed and decorated with Slender Man’s symbol. Some of the dolls had their hands and feet hacked off. They also found more than 60 drawings of the Slender Man, including pictures of the spectre hugging a young girl. Alongside them were notes that read, “not safe even in your house” and, “he is here always." Another cartoon showed a girl holding a scythe, with a speech bubble saying: “I love killing people." At her feet was the body of a girl she had executed.

Most chilling of all was a shopping list for the alleged murder plot found scrawled in a notebook and headed “supplies ­necessary” in childish letters. The list included “murder weapons,"  followed by “kitchen knife” in brackets, pepper spray, ­flashlights, a camera and cheesecake. Further investigation allegedly revealed the girls had spent five months plotting the murder in detail." (Emphasis mine). (See http://www.mirror.co.uk/news/world-news/charlie-charlie-new-slender-man-5841683)

What struck me is that two girls with no previous signs of being in trouble or having mental illness suddenly did something so unspeakably horrid; worse than a scene from a horror movie (Hollywood is now making a Slender Man movie!). Madness is not contagious. I'm not a psychologist, but it seems more than a bit odd that two young girls who are friends would both have severe psychological problems, to the point of sharing the same psychotic ideas and plot. Where were the parents when all this was going on? Not supervising their children and letting them be "entertained" by the Internet. We are (literally) being "entertained to death."  The girls had one thing in common: obsession with Slender Man.

As the True Church has grown smaller since the Great Apostasy of Vatican II, Satan has grown stronger. Satanic influences abound in movies, TV, video games, the Internet, popular novels; now even in children's games not involving technology. The invalidly ordained Vatican II clergy are helpless to exorcise demons. As anyone who reads my blog knows, I'm no alarmist, but any person of Faith can see that "Charlie" and "Slender Man" are demonic in origin and open a doorway to Hell.

In Deuteronomy 18:9-12, we read: "When you enter the land the Lord your God is giving you, do not learn to imitate the detestable ways of the nations there.  Let no one be found among you who sacrifices their son or daughter in the fire, who practices divination or sorcery, interprets omens, engages in witchcraft, or casts spells, or who is a medium or spiritist or who consults the dead. Anyone who does these things is detestable to the Lord; because of these same detestable practices the Lord your God will drive out those nations before you." (Emphasis mine)

Let's see what can be found in our culture:

"Sacrifices their son or daughter": Can anyone say "abortion"? Want to buy some baby parts? They're just cells, not people says Planned Parenthood, so don't worry

"Witchcraft"--also known as "Wicca" is now recognized as a religion by the U.S. government. Shows like Charmed, Sabrina the Teenage Witch, Salem, and Good Witch  all celebrate witchcraft

"Medium, spiritist, or consults the dead"--Mediums are now the rage; games like "Charlie Charlie" also fall into this category, as does Slender Man (he's a "specter" or "ghost"; and you're dealing with consulting the dead/demons).

All of this makes one "detestable to the LORD."  As Traditionalists we must be very vigilant in how and when we engage the culture. At least we have the supernatural means to fight; the True Mass, sacraments, sacramentals, and when necessary, exorcisms by real priests for demonic possession/obsession. (Demonic obsession is external attacks by evil spirits to harm someone as opposed to taking them over from within, i.e. possession). Parents: Please monitor everything your child does under the age of 21; you are responsible before God. Ask a Traditionalist priest for guidelines, and check about any media/games of which you are unsure. Otherwise you might (God forbid) think your child is being "entertained," only to find out it's your child who's become entertainment for demons.
Posted by Introibo Ad Altare Dei at 4:10 AM