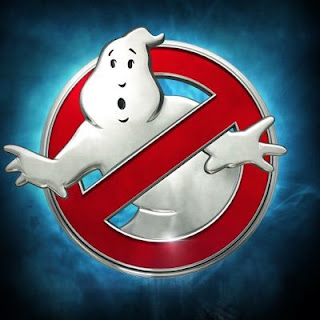 "Has your mother visited you?" asked my primary care physician, "Dr. A." A few years back, I was going to him for many stress induced symptoms relating to my job, and was seeking relief. Dr. A is a good man, and a great doctor. He grew up in a foreign (formerly Catholic) country, and was a general surgeon until an accident forced him to practice Internal Medicine only. He still works a full schedule at nearly 72 years old, and when my mother broke her leg some years back, he got out of bed at 3 am and drove himself to the hospital to meet me there and personally examine her at no charge. He is very pro-life and likes to know his patients, so it makes sense he would ask a personal question relating to one's family relationships. There was just one problem with the good doctor's question; my mother had died nearly two years prior and he knew it.

Dr. A, like many members in the Vatican II sect (and other sects), believe that the souls of the departed will make "visits" to their loved ones on Earth. To see how far pagan/New Age ideas have infiltrated society, some will actually refer to these souls as "ghosts." A 2006 Gallup poll showed that fully 38% of Americans (over 100 million people) believe in such visitations from spirits of the dead, and 28% believe that you can "mentally communicate with them," at least during such times. The English word ghost comes from the German word geist which means "spirit."Many people today are influenced by the ubiquitous presence of so-called "psychics" on television, as well as by popular movies over the years, which give them false ideas concerning departed souls. No longer able to receive true doctrine from the Vatican II sect, this is what people rely upon. Consider how many highly successful movies (with big name stars) have come out concerning "ghosts":

What is a Traditionalist to make of such claims? Does God permit souls of the dead to visit on Earth?  As always, let's see what the Church teaches and what the possibilities are when we investigate an issue.


Church Teaching On The Soul After Death

According to theologian Pohle, there is the particular judgement, which happens immediately upon death, when the soul separates from the body. (See Dogmatic Theology, 12: 18). This precedes the General Judgement, when Christ comes again in glory to judge the living and the dead. The Apostolic Constitution Benedictus Deus (1336 A.D.) of Pope Benedict XII dogmatically defined, "that...the souls of those who depart this life in the state of mortal sin descend into Hell immediately after death and are there subject to infernal torments." Furthermore, those who depart this life in the state of sanctifying grace, "behold the divine essence intuitively and face to face" in Heaven.  Of course, those who need to expiate venial sin (and the debt of temporal punishment not fully expiated for their sins) must spend time in Purgatory prior to their entrance into Heaven.  (Ibid, 12:75-76).

Does God permit souls (damned or blessed) to visit human beings still on Earth? There's no dogmatic teaching on this point. There have been many approved reports, in the lives of certain saints, where souls from Heaven, Hell, and Purgatory have been permitted to visit. For example, it was reported that St. Maria Goretti appeared to her murderer, Alessandro Serenelli, while he was serving 27 years in prison. She told him she had forgiven him on her death bed. Serenelli was converted as a result, and lived as a model prisoner; when he was finally released after serving his sentence, he became a lay brother at a Capuchin monastery. He begged forgiveness from St. Maria's mother and was present at her canonization by Pope Pius XII in 1950. He died in 1970.

It is therefore possible for souls of the departed to visit the living, but it must be stressed that such visitations are rare and extraordinary events to either prove a point of Catholic faith, or to accomplish a salutary act. In the aforementioned case of St. Maria, it seems she was allowed by God to appear to her murderer for two reasons: (a) to demonstrate God's will that she be numbered among the saints, and (b) to grant the heroic virgin's desire that her killer repent. To say that God allows such visitations on a regular basis would be to make the miraculous common, and detract from the extraordinary character.

The Bible tells us that the saved are not on Earth, but are with the Lord in Heaven, where they keep intimate union (i.e., the Beatific Vision--see 1 Thessalonians 4:17). We also read where the damned go to Hell, and are not permitted to contact the living (See e.g., St. Luke 16:19-31). So it certainly seems the rule that human souls do not, as a matter of routine, contact the living except in the most extraordinary circumstances allowed by Almighty God.


The Occult Teaching On The Soul After Death

To the occultists (so-called psychics and mediums), the soul of a dead person is a "ghost" who has not passed over to "the Other Side," but instead has remained on Earth after death.  Occultist Sylvia Brown claims in her book, Life On The Other Side(New York: Signet [2000]), that upon death, some souls "don't accept the reality of their demise," and refuse to "go through the tunnel of light to the "Other Side" (always capitalized).On the Other Side, souls "progress and evolve," but the souls who don't accept the reality of their death, refuse the tunnel and "get trapped" between our dimension and the Other Side. They exist thinking themselves to be still alive. This was the basis for the blockbuster movie The Sixth Sense (mentioned above) wherein Bruce Willis' character doesn't realize he is dead until the very end of the movie, shocking the audience.

These ghosts walk around and appear as shadowy figures, and have a fog-like substance around them called "ectoplasm" (think of the movie Ghostbusters). They make their presence known by footsteps, moving objects, and flipping lights on and off. Sometimes they come back to "send a message" to a loved one in order to accept their fate and move on to the Other Side. (A woman I know told me she sometimes feels a breeze go past her in the kitchen, and she "knows" it's her deceased grandfather looking out for her). The more nuanced form of "ghosts" stresses that a deceased person needs to tell someone something, visit them, or look out for them, until they can "rest in peace" on the Other Side. They may make themselves known in various ways, like a breeze, or movement seen from the corner of the eye, much like the lady told me about her "grandfather."

Many of these alleged "ghost sightings" and experiences have rational explanations.

1. Peripheral vision. A person's peripheral vision is very sensitive to motion. When some people, who already believe in such visits from the dead, sense a random motion, they jump to the conclusion it was a "ghost."

2. Sleep-induced experience. Many reports of ghostly visits occur upon waking up from a dream. If the person was dreaming of their departed loved one, as they wake-up, sensory and cognitive abilities are impaired and they might mistake part of a dream for reality.

3. Night terrors. The universal feature of night terrors is the inability to be consoled from a sudden burst of fear and dread very similar to having a panic attack. During night terror bouts, people are usually described as "bolting upright" with their eyes wide open and a look of fear and panic on their faces. They will often scream. Superstitious people, or those with these false ideas about ghosts, will attribute the sensation to being "haunted."

4. Fraud and mental instability. Some reports are simply lies that people tell for the proverbial "fifteen minutes of fame," and some people have psychological problems (some may be induced by drug abuse and/or alcohol).

5. The Power of suggestion. So much occult garbage is seen on TV, in movies, books, and the Internet, people now "expect the unexpected," and the "paranormal" becomes the norm instead. So of course, if you feel a breeze in the kitchen, it can't possibly be a defective window that sometimes lets in air, it's "your grandfather looking out for you."  In addition, many people want to feel connected to someone who died, so they will interpret any data they can to console themselves. (e.g., "The refrigerator magnet moved, so it was my departed father telling me he's OK.")

The Doctrine of Demons

Although many of the explanations above solve the mystery, there are some cases that cannot be easily dismissed. Satan and his demons have the power to do harm in this world. What better way to do it than "proving correct" occult doctrine, which is an abomination to God. Getting people to think that a deceased relative or friend is trying to tell them something will very likely lead them to places they shouldn't go--to psychics and mediums who can "talk to the dead," to seances, to Tarot cards and Ouija boards. This opens up the person to demonic influence and even possession.  As I've written in prior posts, mediums are condemned by both the Bible and Church teaching. "Let no one be found among you who sacrifices their son or daughter in the fire, who practices divination or sorcery, interprets omens, engages in witchcraft,or casts spells, or who is a medium or spiritist or who consults the dead. Anyone who does these things is detestable to the LORD; because of these same detestable practices the LORD your God will drive out those nations before you." (See Deuteronomy 18:10-12; Emphasis mine.) According to theologian Jone, "Spiritism claims to be able to communicate with the spirit world and endeavors to establish such commerce with it. Although spiritism is for the most part fraud, still the intention alone to enter into communication with spirits is gravely sinful. Therefore, it is mortally sinful to conduct a spiritistic seance or to act as a medium." (See Moral Theology, pg. 100; Emphasis mine).

Summary and Conclusion
Neither my mother or my father "visited me" after they died. And why should they? As I tried to explain to Dr. A, I know such is not the case with good reason. It flies in the face of Church teaching. There's no extraordinary reason God should allow such a visit. Both my parents died as Traditionalists after receiving the Last Rites of the True Church. I have good reason to hope they are enjoying eternity with God, and someday I will (hopefully, please God) join them and we will then have contact. The pain of separation when a loved one dies is very great indeed. We should pray for our deceased family and friends and work on our salvation so as to hopefully be reunited one day. Don't let the pain and anguish drive you to go to people and do things that God has forbidden. The occult is for Satan. We don't need to "see ghosts, " when we have the True Faith of the One True Church. "Though you have not seen Him, you love Him; and even though you do not see Him now, you believe in Him and are filled with an inexpressible and glorious joy, for you are receiving the end result of your faith, the salvation of your souls." (1 Peter 1:8-9).

Posted by Introibo Ad Altare Dei at 3:09 AM