Millennials And Dealing With Doubt 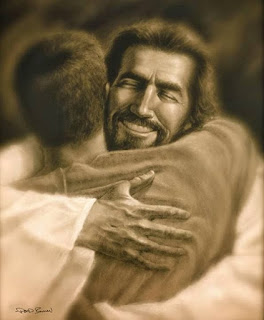 Sacred Scripture assures us, "Train up a child in the way he should go, and even when he is old he will not depart from it." (Proverbs 22:6). As Traditionalists, it is imperative that the next generation be stronger in the Faith than ever before. We are now decades into the Great Apostasy, and there is much that will corrupt and destroy the Faith that only arose within the last thirty years. Let's face it, when I was 15 years old in 1980 and searching for the truth, personal computers, the Internet, DVDs, CDs, and 500 cable TV stations were science fiction. Your phone was attached to a wall, most had a rotary dial, and if you weren't around to pick up the phone, the caller could not leave a message and you had no way to tell who called. Now, teens think "research" is plugging words into a search engine. All of this technology come with a huge price in terms of the Millennials (those born from 1982-2004, inclusive), not to mention Generation Z (2005-present).

Millennials are known for many things; large student debt, refusal to grow-up ("adulting" is a neologism for "acting like an adult" now prevalent among them), unusually high self-esteem (everyone is allowed to do everything without merit and all grow up getting awards without achievement), and a low work ethic. According to Pew research, Millennials have another distinction: they are the largest group without any religious affiliation. The study states, " In other words, Millennials, who make up a growing share of the population as they reach adulthood and older Americans die off, are far less religiously observant than the older cohorts. Whether Millennials will become more religious as they age remains to be seen, but there is nothing in our data to suggest that Millennials or members of Generation X [1965-1981] have become any more religious in recent years. If anything, they have so far become less religious as they have aged." (See http://www.pewresearch.org/fact-tank/2016/09/14/the-factors-driving-the-growth-of-religious-nones-in-the-u-s/; Dates in parenthesis mine).

The computer age has exacerbated the need for instant gratification, especially among teens. If they can't find a satisfying answer to a question in seconds, they get upset (at best), or willfully drop the subject for which they wanted to find an answer. Answers don't come easy, and sometimes they don't come at all. Most people, especially those born in or after 1982, don't know how to deal with doubt--and that is very evident in terms of religious belief. In my opinion, this is what accounts for so many without religion. I have a Twitter account for this blog, @IAltare, and in the last couple of years, two young men reached out to me asking questions about the Faith, and wanting to become priests.

I was generous with my time and resources, doing all I could to message them with the answers to questions they had asked. The first one went to seminary only to leave within a month to become an Eastern Schismatic. He said he had doubts about the Faith from what he had read online. Within a couple of months later he gave up all Faith to be a Neo-Nazi and Twitter disabled his account due to racist and hateful rants. The second young man also wanted to be a priest, but he claimed that due to doubts over the historicity of some Old Testament accounts, he basically lost the Faith. He now calls himself a "Justice Democrat" who supports pro-abortion, pro-sodomite, socialist politicians. It's scary how someone can go to such extremes. I wonder what their ideology du jour will be next month, next year, and so forth as they must become functioning members of society. How will they impact our world? It won't bode well for themselves or humanity at large.

To be strong in the Faith, one must know how to deal with doubts, which is the subject of  this post.

To question, or have doubts about the Faith, has always plagued members of the Church. Even the greatest of theologians, St. Thomas Aquinas, who had miraculous events in his life, was not immune from doubt. He would pray, "Lord, I believe, help my disbelief." That's not to say the Angelic Doctor had willful doubts against the Faith. As theologian Jone teaches, "Although one is a heretic who deliberately doubts a truth of Faith, he who merely suspends his judgement about a truth proposed as true, but does not positively doubt it, is no heretic; yet, he sins against his duty of making an act of Faith. Whoever is tempted against Faith and hesitates between assent and denial, and deliberately withholds his assent, sins venially by neglecting to resist the temptation." (See Moral Theology, The Newman Press, MD., [1962], pg. 68). Today, the wickedness of the world and the Great Apostasy can give rise to even more doubt. Below are the sources of most doubt under three main headings.

1. Factual doubt. A common form of uncertainty is that which questions the underpinnings of the Faith. Such might frequently occur in the case of those new to the Church; including converts from the Vatican II sect. It stems from not having thought through many of the issues yet, or in the case of mature believers, hearing an accusation against the Faith which they cannot answer. This problem can be subdivided as follows:


The best way to help your children (and Traditionalists in general) against these types of doubts is continuing to learn the Faith well. Don't be satisfied with teaching your children the Baltimore Catechism. Have them start to read (together with you) the great theologians like Ott and Pohle. Discuss what you read. Remember the words of Scripture, "My people are destroyed for lack of knowledge; because you have rejected knowledge, I reject you from being a priest to me. And since you have forgotten the law of your God, I also will forget your children." (Hosea 4:6).

2. Emotional doubt. Moods, such as anxiety and depression, can cause someone to doubt.

Prayer and frequenting the sacraments as well as keeping good companions who are strong in the Faith is essential to fighting these doubts.

3. Volitional doubt. These are doubts people (consciously or subconsciously) want to give themselves. Why would anyone want to doubt? There are a couple of reasons:

A combination of deeply understanding the Faith, and growing in sanctity will prevent someone from wanting doubts.

Conclusion
I'm glad I'm not a teen in today's world. 1980 was (almost literally) a different universe from 2018. We have a new generation that can't cope with doubt, and they change ideologies more frequently and drastically than ever before. Many more souls will be lost if we do not do a better job of educating young Traditionalists. I implore sedevacantist priests to preach on the Faith, and don't be afraid of mentioning sedevacantism. The Truth may hurt some, but it will always win out and heal many. I love the SSPV priests, but their sermons make me feel like it's 1958, Pope Pius XII is still on the Throne, and all is right with the world. The Millennials need to know what was stolen from them and why. They need to understand the reasons for the Faith, and Bergoglio is a fraud.

We all need to reach the young and make them stronger in Faith than we are (if possible). The future of the Church and the world in this time of near universal apostasy depends on it.


Posted by Introibo Ad Altare Dei at 2:48 AM