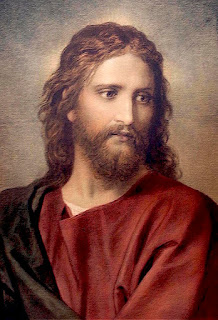 When I was in a Vatican II sect high school during the early 1980s (I would leave the sect and become a Traditionalist at the beginning of my junior year) it was taught to the students that Christ didn't know He was God. As the Marianist brother, old enough to know better, said, "That would be like having an 'ace up the sleeve.' How can Christ be fully human and know He was God?" Obviously, the poor brother was himself ignorant of Church teaching (or purposefully pushing the Modernist agenda to denigrate Our Lord). The Modernists had once more started pushing the (false) theory of kenosis, whereby Christ "emptied Himself" of His Divinity. They wrongly interpret Philippians 2:6-7, "Who, being in very nature God, did not consider equality with God something to be used to his own advantage; rather, he made himself nothing ["emptied Himself"] by taking the very nature of a servant, being made in human likeness." The idea of Christ being ignorant to one degree or another is rampant today, as belief in the Divinity of Christ continues to be eroded in our society.

The two apostate theologians most responsible for denying Christ's infallible and perfect knowledge in the wake of Vatican II were arch-heretics Frs. Karl Rahner (d. 1984) and Raymond Brown (d. 1998). Rahner and Brown denied many more truths of faith, but for these purposes, I will focus on this particular denial exclusively. In this post, the objections against Our Lord's knowledge will be examined, and the teaching of the One True Church will be set forth.


Modernist Teaching Against The Knowledge Of Christ

The Modernists make several attacks claiming ignorance on the part of Christ, and use Philippians as part of the justification. If Christ "emptied" Himself, He must have somehow become "less." Karl Rahner, in his book Theological Investigations, [1966], 5:210, states:

This consciousness in Christ realized itself only gradually during his spiritual history, and this history does not consist only, or even first and foremost, in being occupied with this or that fact of external reality but consists rather in the never quite successful attaining of what and who one is oneself, and this precisely as what and whom one always already possessed oneself in the depths of one’s existence. (Emphasis mine).

Rahner's heretical disciple, Raymond Brown, has stated in his book Jesus God and Man [1967]:
"There are texts in the Gospels that seem to indicate that Jesus shared normal human ignorance about the affairs of life . . ." (p. 45; Emphasis mine).

And again: But when all is said and done, the great objection that will be hurled again and again against any exegete (or theologian) who finds evidence that Jesus’ knowledge was limited is the objection that in Jesus Christ there is only one person, a divine person. And so, even though the divine person acted through a completely human nature, any theory that Jesus had limited knowledge seems to imply a limitation of the divine person. Perhaps the best answer to this objection is to call upon Cyril of Alexandria, that Doctor of the Church to whom, more than to any other, we are indebted for the great truth of the oneness of person in Christ. It was that ultra-orthodox archfoe of Nestorianism (two persons or powers in Christ) who said of Christ, “We have admired his goodness in that for love of us he has not refused to descend to such a low position as to bear all that belongs to our nature, included in which is ignorance...(pg. 102; Emphasis mine). Brown adds in footnote #92, "We do not mean to suggest that Cyril grappled with the problem of Jesus’ limited knowledge in the way in which that problem is treated today, but only that the admission which Cyril makes is significant."

Oft Cited Scriptural Citations to "Prove" the Ignorance of Christ
The Magisterium Against The Modernist Heretics
Pope Vigillius May 14, 553 "If anyone saith that the One Jesus Christ, True Son of God and True Son of Man, was ignorant of future things, or of the Day of the Last Judgement, and saith that He could know only as much as the Divinity dwelling in Him as in another made known to Him: let him be anathema."

Pope St. Gregory the Great, Letter to Eulogius, 600 AD "...in the nature of His humanity He knew the day and hour of the Judgement, but not, however, from this nature of humanity did He know it." (Emphasis in original).


32. It is impossible to reconcile the natural sense of the Gospel texts with the sense taught by our theologians concerning the conscience and the infallible knowledge of Jesus Christ.

33 Everyone who is not led by preconceived opinions can readily see that either Jesus professed an error concerning the immediate Messianic coming or the greater part of His doctrine as contained in the Gospels is destitute of authenticity.

34. The critics can ascribe to Christ a knowledge without limits only on a hypothesis which cannot be historically conceived and which is repugnant to the moral sense. That hypothesis is that Christ as man possessed the knowledge of God and yet was unwilling to communicate the knowledge of a great many things to His disciples and posterity.

35. Christ did not always possess the consciousness of His Messianic dignity.

Pope Benedict XV, Decree of the Supreme Sacred Congregation of the Holy Office (1918):
On June 5, 1918, the Holy Office issued a Decree, approved by Pope Benedict XV, in which it answered several questions: "Can the following propositions be safely taught? 1. It is not evident that there was in the soul of Christ living among men the knowledge which the blessed who have attained [God] have. 2. Nor can that opinion be called certain which states that the soul of Christ was ignorant of nothing, but that from the beginning He knew in the Word all things, past, present, and future, that is, all things which God knows by the knowledge of vision. 3. The view of certain recent persons about the limited knowledge of the soul of Christ is not to be less accepted in Catholic schools than the view of former [theologians] about [His] universal knowledge.

Response of the Holy Office (approved by Pope Benedict XV on June 6, 1918): To all three questions, In the Negative.

Pope Pius XI, Miserentissimus Redemptor (1928):
"Now if, because of our sins also which were as yet in the future, but were foreseen, the soul of Christ became sorrowful unto death, it cannot be doubted that then, too, already He derived somewhat of solace from our reparation, which was likewise foreseen, when "there appeared to Him an angel from heaven" (Luke xxii, 43), in order that His Heart, oppressed with weariness and anguish, might find consolation." (par. #13; Emphasis mine).

Pope Pius XII, Mystici Corporis (1943):
"For hardly was He conceived in the womb of the Mother of God, when He began to enjoy the beatific vision, and in that vision all the members of His Mystical Body were continually and unceasingly present to Him, and He embraced them with His redeeming love." (par. #75; Emphasis mine).

Theologian Ott summarizes well the teaching of the theologians on the knowledge of Christ:


Modernist Objections Refuted
Conclusion
With Church teaching on the knowledge of Christ so clear, how do heretics like Rahner and Brown explain it all away? Modernist heretic Avery Dulles, made a "cardinal" by Wojtyla, said it best, "No generation can formulate the abiding content of the faith 'chemically pure,' so as to commit all future generations." (See "Contemporary Understanding of the Irreformability of Dogma," in CTSA Proceedings 25 [1970] 136). They believe (as all Modernists do) that dogma evolves from one meaning to another over time. What was sly in lessening belief in the Divinity of Christ 40 years ago, is now being boldly asserted, as Bergoglio himself teaches dogmatic evolution.

The Vatican News released a statement of how (allegedly) Limbo for unbaptized babies has "developed" into salvation; religious toleration has "developed" into religious liberty, etc. (See https://www.vaticannews.va/en/church/news/2019-10/development-of-doctrine-is-a-people-that-walks-together.html). I could add to the list of "developments" that capital punishment is now intrinsically wrong, and adulterers may receive "communion."

At the beginning of this post, I wrote how attributing ignorance in Christ erodes belief in His Divinity. In a sense it is a very real and implicit denial of His Godhood. One of the Divine Attributes is omniscience. How could God forget Who He Is? If God isn't omniscient He ceases to be God. In the near future, I can see the Vatican II sect come out with the Revised Modernist Version of the Bible. In St. Matthew 16, we will read:

When Jesus came to the region of Caesarea Philippi, he asked his disciples, "Who do people say the Son of Man is?" They replied, "Some say John the Baptist; others say Elijah; and still others, Jeremiah or one of the prophets." "But what about you?" he asked. "Who do you say I am?" Simon Peter answered, "You are the Messiah, the Son of the living God." Jesus replied, "Thanks, Pete. I had forgotten."

Posted by Introibo Ad Altare Dei at 3:18 AM