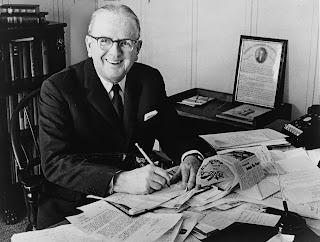 Negative theology is the term bandied about by the Vatican II sect to describe Traditional Catholic moral and dogmatic teachings on subjects like Original Sin, sin (in general), doing penance, sacrifice, and the reality of Hell. If you ever had the misfortune of attending the Novus Bogus "mass" you will see the theology of "I'm OK, You're OK." What's important is that you feel good about yourself, and telling people Hell exists and you might go there takes away a bit of the ol' joie de vie. The invalid service or "celebration of the Eucharist (sic)" unfolds as a fulfilled prophesy of the condemnations issued by Pope Pius XII in his great encyclical Mediator Dei:

62...Thus, to cite some instances, one would be straying from the straight path were he to wish the altar restored to its primitive table-form; were he to want black excluded as a color for the liturgical vestments; were he to forbid the use of sacred images and statues in Churches; were he to order the crucifix so designed that the divine Redeemer's body shows no trace of His cruel sufferings; and lastly were he to disdain and reject polyphonic music or singing in parts, even where it conforms to regulations issued by the Holy See.

114. They, therefore, err from the path of truth who do not want to have Masses celebrated unless the faithful communicate; and those are still more in error who, in holding that it is altogether necessary for the faithful to receive holy communion as well as the priest, put forward the captious argument that here there is question not of a sacrifice merely, but of a sacrifice and a supper of brotherly union, and consider the general communion of all present as the culminating point of the whole celebration.

It's as if Pope Pius XII were given a glimpse into the future. The great pontiff once said, "The greatest sin of our age is that we have lost all sense of sin." Remember, this was back in the 1950s. So how did we get here where "feeling good" and "being happy" is all that matters? It began with the Masons and Modernists who believe this life is what really counts (most even rejecting or agnostic about an afterlife), and it caught on in many Protestant sects. When the Great Apostasy struck, it quickly became embedded in the theology of the Vatican II sect. This post will trace the origin and consequences that follow even today from the unholy fusion of pop psychology and theology.

Enter Norman Vincent Peale
Norman Vincent Peale (d. 1993) was one of the best-known Protestant ministers. He was the pastor of the Marble Collegiate Church, a "Reformed Church in America" congregation in New York City, from 1932 to 1984. Peale was close friends with a psychologist, Smiley Blanton, and decided to incorporate humanistic psychology with Protestant theology, in order to bring it more into conformity with Masonry; Peale was a 33rd degree Freemason (See https://scottishrite.org/giving/donor-recognition/hall-of-honor/hall-of-honor-portrait-gallery/). Interestingly, Peale had no formal training or education in psychology, and Blanton (to his credit) distanced himself from the preacher.

In 1952, Peale published his all-time best-selling book entitled The Power of Positive Thinking. The book was on the New York Times Bestseller List for 186 consecutive weeks, selling just over five million copies, and translated into fifteen languages. On the very first page, Peale gives his narcissistic credo, "Believe in yourself! Have faith in your abilities!" (See p. 1). God is conspicuously absent except when invoked to "confirm" you can do anything and be, in actuality, your own god who can do anything. He wrote, "God is energy. As you breathe God in, as you visualize His energy, you will be re-energized!" (See "No More Stress or Tension," Plus: The Magazine of Positive Thinking, pgs. 22-23, May l986).

Peale was very much involved in the occult as he claimed to have been in touch with the souls of the dead on several occasions. Of one encounter, in which he claimed to be "visited" by his deceased father, Peale wrote:

I was only with him. Getting closer, he smiled that great smile of his. He raised his arm in the old-time gesture.... I arose from the chair, advanced to the edge of the platform, reaching for him. Then he was gone, leaving me shaken, somewhat embarrassed by my actions, but happy at the same time....(See Norman Vincent Peale, "When Loved Ones Leave Us," in Plus: The Magazine of Positive Thinking, pgs. 6-8, March 1985).

Peale preached what appealed to a person's ego, and it worked. His congregation grew to over five thousand people. When a politician who was attacked by Peale was asked what he thought of the preacher as he came out of another Protestant church, he pointed at his Bible and quipped, "I find Saint Paul appealing and 'Saint' Peale appalling." That pretty well sums up Norman Vincent Peale, whose work would get a boost from another Protestant minister who admired him; Robert Schuller.

An Hour of Satanic Power
Robert Harold Schuller (d. 2015) was also a minister in the Reformed Church in America. Greatly influenced by Peale, Schuller built the "Crystal Cathedral" (so named because it was the largest glass building in the world at the time of its completion in 1981) where he would broadcast his Hour of Power TV show on Sundays. His message is simple: his audience can do anything that they want to, that everything is possible for a "possibility thinker." In order to think this way, you must think positively and feel good about yourself.

In his book Self-Esteem: The New Reformation (1982), Schuller informs his readers, "I believe in positive thinking. It is almost as important as the resurrection of Jesus Christ." He goes on to define sin as "Any human condition or act that robs God of glory by stripping one of his children of their right to divine dignity. Sin is any act or thought that robs myself or another human being of his or her self-esteem." (pg. 14; Emphasis mine). In an interview with Time magazine, Schuller was quoted as saying, "I don’t think anything has been done in the name of Christ and under the banner of Christianity that has proven more destructive to human personality and, hence, counter-productive to the evangelism enterprise than the often crude, uncouth, and unchristian strategy of attempting to make people aware of their lost and sinful condition.” (See Time, March 18, 1985). I guess letting them go to Hell is preferable to "low self-esteem."

Schuller's message is not to have any negative thoughts or to admit something is impossible. You can be and do whatever you want as long as you believe in yourself. He was an ardent ecumenist who allowed "guest preachers" from Islam and New Agers.  When Schuller was planning for the building of his Crystal Cathedral, he made a special trip to the Modernist Vatican to ask for Wotyla's blessing on the building plans, which "St" John Paul the Great Apostate readily granted. (See Foundation Newsletter, March-April 1990). When Schuller's organization fell on hard financial times due to a multitude of reasons, they sold the Crystal Cathedral to the Vatican II sect's Diocese of Orange, California. It was renamed "Christ Cathedral" and the sect wanted to "respect" the Protestant architecture as much as possible--not too hard since the false religions have more in common than what little separates them.

Schuller promotes "Five Truths" that have infected most Protestant sects and the Vatican II sect:

Did you notice how God plays an integral part in all these "truths"?  Neither did I.


The Teaching of the One True Church
Before this post goes any further, I want to make it clear that there is such a thing as true love of self that the Church has always taught. There is a certain level of self-regard which our Creator gave to us. First, then is self-love as God's handiwork; we know we can lead a good life and attain to Heaven. Second, there is the natural inclination to wish for our own happiness both here and hereafter (most importantly). The command of Christ implies this when He said:

Christ told us to "love thy neighbor as thyself." How could we love our neighbor if we do not love (want happiness for) ourselves? Third, is feeling good about yourself for following Christ and fitting into His Divine Plan. The most downtrodden person can take heart that he serves a purpose in God's plan, even if God alone knows what that purpose is and how it plays out in the grand scheme of things. I'm often asked (even challenged) by some readers to reveal my identity. One of the reasons I won't is because I don't matter. I'm merely an unworthy instrument of Christ. Let my arguments stand or fall on their own merits. Let the teaching of the Church speak for itself. Whatever good this blog may accomplish, all glory and honor be to Christ alone. God knows who I am, and that's all that matters.

Compare all this with the train wreck called Vatican II.

Immoral Theology
Here's what a Jesuit "priest" and "moral theologian," Thomas Massaro, had to say about Vatican II and the "new moral theology."

For centuries, Catholic moral theology had been dominated by a near-obsession with sin and rebuking enemies of the faith. It was far clearer what an embattled church stood against -- what was anathema -- than what Catholics stood for and what they should yearn for in the moral life. In documents like the 1864 Syllabus of Errors, church authorities issued sweeping condemnations of freethinking ideas that challenged the laws and social norms laid down by popes and bishops...

By replacing words like anathema with terms like dialogue, collegiality, communion and participation -- words that evoke dynamic openness rather than static essences -- the council fathers thoroughly revived the creative side of Catholic ethics. The seriously constricted moral imagination of the faithful could now move beyond the previous preoccupation with law, sin and culpability and focus more upon moral freedom, the virtues, spiritual discernment, and above all, the role of conscience in the moral life.(See https://www.ncronline.org/news/vatican/moral-theologian-looks-back-vatican-ii; Emphasis mine). The "role of conscience" according to Modernists, is not to act according to a properly formed conscience which follows Church teaching, but rather it is a license to do what you want to be happy.

Argentinian apostate Jorge Bergoglio epitomizes the Modernist "role of conscience" and feeling good about yourself.  Consider:
The Sacraments all reflect anthropocentric narcissism as well. Besides "mass" and "communion" as explained above:
Conclusion
The Vatican II sect, and now society as a whole, have bought into the idea that the only real sin is having low self-esteem, and not feeling good about yourself according to modern, pagan pop psychology. It seeped into the Protestant sects from Masonry and Modernism. After the Robber Council of Vatican II, the newly founded sect took it all in. Society reflects this when e.g., schools must give everyone a trophy (not just to the winners of academic and sporting events) so kids can "feel good;" even when they haven't worked hard enough to deserve that feeling of accomplishment.

Vatican II has given us a man-made religion with a feel-good spiritualism without any specific obligations. Anyone, even the most decadent, can be a member in good standing while continuing their money-grabbing, promiscuous, sin-filled lifestyle. Morality and dogma are all relative. The only thing about which they are positive is the self-absorbed need to feel happy and be positive.
Posted by Introibo Ad Altare Dei at 12:56 AM