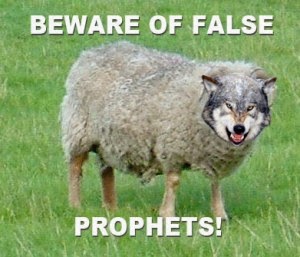 I'm a hard and fast opponent of those who would place private revelations (even those approved by the Magisterium pre-Vatican II) as a "solution" to the problems we face after the near universal apostasy following the death of Pope Pius XII. "Fr." Nicholas Gruner has been rightfully derided as the "CEO of the Fatima Industry" for telling people since the mid-1980s the Apocalypse was at hand unless Russia was consecrated to the Immaculate Heart of Mary by the "pope" and "bishops."  Of course, this means Gruner will, of necessity, rule out sedevacantism. He can't ask for money for his "apostolate" if there is no pope to perform this all important consecration. Not only has doomsday not yet arrived after more than 30 years of telling us it was "immanent," but he has written his supporters to ask for a donation and "let Mary's hand guide you as you write your check for the largest donation you can afford." He now even tries to peddle the crazy "apparitions" of Bayside in Queens County, New York City.

People have asked about Medjugorje, and the alleged appearances of the Blessed Virgin Mary there since June 24, 1981. In this post I will lay out my reasons for telling you this apparition is just as false as Bayside, Garabandal, and the spin given to genuine apparitions such as Fatima.

The alleged apparitions began on June 24, 1981 in the small town of Medjugorje in Bosnia-Herzegovina. The "seers" were four boys and two girls. Three were born in 1965, one in 1964, one in 1966, and one in 1971. According to the website medjugorje.org: The BVM has come there "In Her own words She tells us, 'I have come to tell the world that God exists. He is the fullness of life, and to enjoy this fullness and peace, you must return to God'.

Our Lady's mission is one of peace. She has come to earth to reeducate us and to help us convert and recenter our lives back to God. Our Lady's role has always been one of guiding people to Her Son, Jesus. What an amazing opportunity we have before us! Our Lady's call to conversion is urgent, and we should respond with all our hearts." My comment: Mary has come to tell the world "God exists"? Notice there is no mention of the Great Apostasy of Vatican II. No condemnation of the false Vatican II sect "popes" and no mention of a return to the "One True Church."

The website continues: "Our Lady continues to give messages to six people from the village of Medjugorje: Ivan, Jakov, Marija, Mirjana, Vicka, and Ivanka. These six people (referred to as "visionaries") have received apparitions of the Blessed Virgin Mary since June 24, 1981. In addition to Her public messages, Our Lady is to give each of the six visionaries a total of ten "secrets" of happenings that will occur on earth in the near future. Some of the secrets pertain to the whole world while others concern the visionaries themselves or the local village. Only one of the secrets has so far been revealed by the visionaries. In the third secret Our Lady has promised to leave a supernatural, indestructible, and visible sign on the mountain where she first appeared. Our Lady said: "This sign will be given for the atheists. You faithful already have signs and you have become the sign for the atheists. You faithful must not wait for the sign before you convert; convert soon. This time is a time of grace for you. You can never thank God enough for His grace. The time is for deepening your faith, and for your conversion. When the sign comes, it will be too late for many."

When each of the six visionaries has received all ten "secrets", Our Lady will stop appearing to them on a daily basis. Currently, Marija, Vicka, and Ivan have received nine secrets, and Our Lady still appears to them every day, wherever they are, at 6:40pm. Mirjana, Jakov, and Ivanka have received all ten secrets, and Our Lady appears to them once per year for the rest of their lives. For Ivanka who received her 10th secret on May 7, 1985 it is on the anniversary of the apparitions, June 25 each year. For Jakov who received his 10th secret on September 12, 1998, it is on Christmas day each year. And for Mirjana who received her 10th secret on Christmas 1982, it is on her birthday, March 18 each year. Our Lady has also been appearing to Mirjana on the 2nd of each month since August 2, 1987 for the purpose of praying for all unbelievers. Mirjana tells us that it is very important that all of us pray for the unbelievers in the world, who are described as those who have not yet experienced God's love. No one knows when Our Lady will give the tenth secret to Marija, Ivan, and Vicka." My comment: So until such time, please buy all you can from our online store!

Finally, "Since the apparitions began in 1981, approximately 40 million people of all faiths, from all over the world, have visited Medjugorje and have left spiritually strengthened and renewed. Many bring back stories of miracles in the form of healings (of mind, body and spirit), supernatural visual signs, and deep conversions back to God. You owe it to yourself and your loved ones, to investigate with an open mind and heart the messages which are given to us by Our Lady of Medjugorje. I invite you to read these messages and decide for yourself how they will affect your life and that of your family." My comment: Notice "people of all faiths" and "conversions back to God" NOT conversions back to the True Faith.

The message of "Our Lady" is to use "five stones" to overcome Satan. They are fasting, prayer (using the Masonic "luminous mysteries" of Wotyla), reading the Bible (no version is specified), confession (almost non-existent in the Vatican II sect), and the Eucharist (which the Novus Bogus does not produce).

This is enough for any Traditionalist to see that this can't be coming from the Blessed Mother. If your friends still caught in the Vatican II sect need further proof, read on.

3. Problems with The Seers ("Visionaries")

According to the Medjugorje website as to why none of the seers chose the priesthood or religious life:

"Our Lady told the visionaries in the early days that she would like them to become priests and nuns but told them that they must pray and descern (sic) for themselves what vocation they felt called to. Our Lady asked that they be the best example they could be in whatever vocation they chose. Ivanka was the first to decide that her calling was married life, and asked for Our Lady's blessing. Our Lady joyfully gave Ivanka her blessing, and added that she had chosen the harder path for her life. I know Marija, Vicka, and Ivan all seriously considered a religious vocation, but after much prayer, they discerned that their vocation was married life. We should not consider the decision to be parents and to bring life into the world a less important or holy vocation than a religious vocation."  (Emphasis mine)

Reality Check: The Council of Trent: On Matrimony: CANON X.-If any one saith, that the marriage state is to be placed above the state of virginity, or of celibacy, and that it is not better and more blessed to remain in virginity, or in celibacy, than to be united in matrimony; let him be anathema.

In addition, it is reported by E. Michael Jones (a "conservative" member of the Vatican II sect) that as of the late 1990s one so-called seer, Ivan Dragicevic, was driving a BMW, and living in a large mansion with his wife, Loreen Murphy, a former "Miss Massachusetts" beauty queen. He is also obese, so I guess he threw away the "stone" of fasting. Three others also live in such opulence; even having a private tennis court on the grounds of her mansion. How does all this compare with the lifestyles of the seers at Fatima or Lourdes? Does it seem like these people are "choosing the harder path" ?

4. The Biggest Problem: The Heresy Of Ecumenism

From the FAQ section on the Medjugorge website asking whether the apparitions are just for Catholics: "Absolutely Not! Medjugorje is not just for Catholics. God loves all His people. Many people who come on our trips are not Catholic and come from different faiths and religions throughout the world. What is most important is that we change our lives to put God in the first place. Although a good percentage of those of other faiths that visit Medjugorje do convert to Catholicism, it is only because of what they see in the Catholic faith. The Catholic Church is the original Church founded by Jesus. Through the Eucharist, and the rest of the Sacraments of the Church, the most is given to Catholics and the most is also required. If you have questions about the Catholic faith please do some research. There are many good books which will help you understand the incredible richness of the Catholic faith. We offer many of these books on our web site at: http://www.medjugorje.org/ccart" (Emphasis mine)

Notice they don't convert because the RCC is the One True Church and only means of salvation, She is the original Church (implying there are others that came afterwards). The MOST is given to Catholics? No, the ONLY means of salvation is through the True Church. This passage expresses the "Frankenchurch" heresy that there exists a "Church of Christ" that is more or less present in all sects according to how many "elements" they possess. To have all "elements" is best (the Vatican II sect), but to have just some is good and also leads to salvation. The answer ends with a pitch to buy their books.

Please read what the approved pre-Vatican II theologians had to say about the Church, evil, and good works. learn from the lives of real saints how to proceed in holiness. Forget private revelations. We are not bound to believe in them, and even the real ones like Fatima are subjected to endless controversy as to the "true meaning" and "authentic messages." Put your Faith in the Church and not alleged "Heavenly Visions", which all too often turn out to be religious illusions perpetrated by unscrupulous frauds.

Posted by Introibo Ad Altare Dei at 6:04 AM