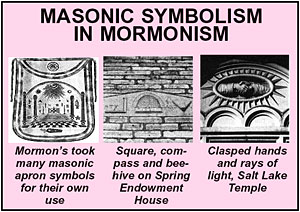 Judge Roy Moore is running for the United States Senate in Alabama. He was elected to the highest court in the state twice, and was removed from office both times for standing up for his beliefs. Moore, a Protestant, first refused to remove a monument in honor of the Ten Commandments from the courthouse in violation of a federal court order. He was removed from office, only to be reelected by the people of Alabama. He then refused to allow marriage licenses to be issued to sodomites, in violation of the U.S. Supreme Court ruling. He resigned after being suspended and announced he was running for Senator. Before the allegations of sexual impropriety with a minor (coming in with the timing and credibility of Anita Hill), one of Moore's most controversial statements was that Moslems should not hold public office. According to Worldnetdaily, he stated, "...common sense alone dictates that in the midst of a war with Islamic terrorists we should not place someone in a position of great power who shares their doctrine."

When Congressman Keith Ellison of Minnesota (b. 1963) was elected as the first Islamic member of Congress in 2006, he insisted on taking the oath of office on the Koran (Ellison was a member of the Vatican II sect and graduated from a Jesuit school before converting to Islam--way to go Vatican II). Roy Moore protested by saying, "In 1943, we would never have allowed a member of Congress to take their oath on Mein Kampf, or someone in the 1950s to swear allegiance on the Communist Manifesto,.." You'll get no argument from me on that score.

Moore's biggest detractor, on the Republican side of the aisle, is U.S. Senator Jeff Flake of Arizona.  According to The Hill, Flake refused to endorse Moore from the start because, "A guy who says that a Muslim member of Congress shouldn’t be able to serve, that’s not right." (See http://thehill.com/blogs/blog-briefing-room/357332-flake-says-he-won%27t-back-roy-moore). It's not surprising at all that Flake, a Mormon, would make such a statement. To be certain, every country should be a Catholic country, with Catholicism as the state religion. "Error has no rights." The United States Constitution is a Masonic document, and no one would want the Masonic principle of separation of Church and State more strongly enforced than a Mormon.  Most people think of Mormons as nice people from Utah with strange beliefs, especially regarding polygamy. Few people know that Mormonism's founder, Joseph Smith, was a Freemason, who incorporated the Craft's Satanic beliefs into his new sect.

What is the Mormon-Masonic connection? Is it dangerous? These questions will be explored in this post.


The Strange Beliefs of Joseph Smith and His Mormon Sect
Mormonism was founded in New York State, the United States of America, on April 6, 1830 by one Joseph Smith (b. 1805). Smith claimed an angel named Maroni directed him to a buried book of golden plates inscribed with a Judeo-Christian history of an ancient American civilization. Only Smith with the help of two "seer stones" could translate it from the "reformed Egyptian" language in which it was written. (Scholars unanimously agree that there is no such language, or even any evidence of any derivation of Egyptian which would qualify). No one except Smith and possibly his brother Hyram allegedly saw these golden plates which were "returned" to Maroni after he translated them into the Book of Mormon.

Mormon beliefs are many and bizarre. Mormons teach that God used to be a man on another world, and that he became a "god" by following the laws and ordinances of his god on his home-world.  He brought his wife to this world, a woman he had married on the other world (a "goddess").  In Mormonism, men and women have the potential of becoming gods. A saying of Mormonism is, "As god once was, man is. As God is, man may become."

According to "Mormonism In A Nutshell":

Since god and his wife are both exalted persons, they each possess physical bodies.  In their exalted states as deities, they produce spirit children that grow and mature in the spiritual realm.  The first spirit born was Jesus.  Afterwards, Lucifer was born along with the rest of us.  So, Mormonism teaches that we all pre-existed in the spirit realm - having been produced from the union of god and his goddess wife.  Therefore, we all existed in spirit form before coming down and entering the bodies of human babies that are being born on earth.  During this ‘compression' into the infant state, the memories of our pre-existence is 'veiled.'

God the father, who is called Elohim, was concerned for the future salvation of the people on earth. In the heavenly realm, the Father had a plan for the salvation of the world.  Jesus endorsed the Father's plan.  Lucifer did not.  Lucifer became jealous and rebelled.  In his rebellion, he convinced a large portion of the spirits existing in heaven to side with him and oppose god.  God, being more powerful than they, cursed these rebellious spirits to become demons.  They can never be born in human bodies. Those who refused to take sides were cursed with being born having black skin. (This racist tenet was only officially changed in 2013). The president of the sect is considered to be a living prophet, and whatever he says is a new revelation from God.

In the Mormon plan of salvation there needed to be a savior: Jesus.  But Jesus was a spirit in Heaven.  For him to be born on earth, Brigham Young, the second prophet of the Mormon church, said that instead of letting any other man do it, God the Father did it with Mary.  He said that the birth of our savior was as natural as the birth of our parents.  Essentially, what this means is that Brigham Young taught that God the Father came down and had relations with Mary, his spirit daughter, to produce the body of Jesus.  Though many Mormons will not entertain such incestuous, blasphemous thoughts about God and Mary, this is what Brigham Young (the leader of the sect after Joseph Smith died) taught; and as far as is known, this has not been denied by the Mormon church.

Nevertheless, Jesus was born, got married, and had children.In order to reach this exalted state of godhood, a person must first become a good Mormon, pay a full ten percent tithe to the Mormon church, follow various laws and ordinances of the church, and be found worthy.  At this point, they receive a temple recommend, whereupon the Mormon is allowed to enter the sacred temples in order to go through a set of secret rituals: baptism for the dead, celestial marriage, and various oaths of secrecy and commitment. This was all taken from Freemasonry.


Smith was a Mason

Joseph Smith admitted to being a Mason in his History of the Church, volume 4, page 551. Under the date of March 15, 1842 it reads: "In the evening I received the first degree in Free Masonry in the Nauvoo Lodge, assembled in my general business office." The record for the next day reads, "I was with the Masonic Lodge and rose to the sublime degree" (page 552).

The Mormon houses of worship are known as temples, just as Masons call their dens of evil. Mormon ceremonies and secret handshakes are taken from the evil Craft. Smith was involved in many occult practices, including "money digging." This involved special rituals and ceremonies which were performed for the purpose of obtaining buried treasure thought to be guarded by evil spirits. The "seer stones" he used to "translate" the alleged golden plates, were claimed to have supernatural powers. Maroni, the alleged angel, was actually the name of a dead pagan Indian warrior.

According to one source, "During this period from 1827 to 1830, Joseph Smith abandoned the company of his former money-digging associates, but continued to use for religious purposes the brown seer stone he had previously employed in the treasure quest. His most intensive and productive use of the seer stone was in the translation of the Book of Mormon. But he also dictated several revelations to his associates through the stone." (See Early Mormonism and the Magic World View, D. Michael Quinn, Signature Books, SLC, [1987], p. 143).


Joseph Smith was one of the biggest frauds and deceivers in history. He made up a religion from Masonry and added other occult practices. He wanted to make himself rich and powerful by adding a "new arm" to the Masonic temple. He considered the U.S. Constitution to be "divinely inspired" just like the Bible, and taught that when God established His Kingdom, it would be multi-denominational and democratic.

Conclusion
Mormonism is really just an offshoot of Masonry, and works towards a one-world religion, in a one-world government. Sound familiar? According to Mormon authority W. John Walsh, "...we do not believe that you must be a member of our Church to go to Heaven.  However, we believe that all men are rewarded in heaven based on their works and the type of lives that they lived in mortality.  There are certain blessings in Heaven which are only available to Latter-day Saints who have been true and faithful to the sacred covenants that they have made with God." You don't receive "godhood" but everyone is saved and is happy. Walsh even states, "Those sent to Hell are released into Heaven as soon as they repent and are cleansed from their sins." So you can do what you want, suffer for a time, and then be happy forever.

Is it any wonder that Jeff Flake, a Mormon, is aghast when he hears someone claim that there are absolute standards of right and wrong and not all religions are true and lead to Heaven? Roy Moore is a heretic, and I pray for his conversion. He does, however, believe in absolute truth, and realize the danger that idolatrous sects like Islam pose to the world. Not so with Jeff Flake, the Mormon. This is why Mormons, like their Masonic and Modernist brethren, pose a real threat to the world.
Posted by Introibo Ad Altare Dei at 1:57 AM