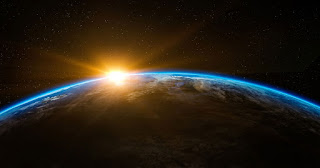 There has long been a battle of ideas regarding the origin of the universe and of life. It has (unfortunately) been portrayed as one of "science vs. religion." The people alleged to be on the side of science accept Neo-Darwinian evolution, while those alleged to be on the side of religion accept a literal Biblical account. To be certain there are scientists who subscribe to scientism, i.e., the application of science in unwarranted situations not covered by the scientific method. The so-called "Four Horseman of the New Atheism" (Sam Harris, Daniel Dennett, Richard Dawkins, and the late Christopher Hitchens) clearly fall into this category. On the other side, there are those who think a literal reading of Scripture is the truth. The Book of Genesis needs to be understood as the One True Church understands it. If this were done, the false "science vs. religion" scenario falls apart. God is the Author of both true science and true religion, so that neither can contradict the other. This post will expound on Church teaching in this matter.


The Teaching of the Church

On June 30, 1909, the Pontifical Biblical Commission issued a decree answering eight (8) questions about the Book of Genesis. The decree was approved by His Holiness, Pope St. Pius X, Foe of Modernism. The answers to the first three questions upholds the overall historical character of the first three chapters of Genesis, however the last two questions are instructive as to the mind of the Church in Biblical exegesis ("interpretation").

Question # 7: "Whether, since it was not the intention of the sacred author, when writing the first chapter of Genesis, to teach us in a scientific manner the innermost nature of visible things, and to present the complete order of creation but rather to furnish his people with a popular account, such as the common parlance of that age allowed, one, namely, adopted to the senses and to man's intelligence, we are strictly and always bound, when interpreting these chapters to seek for scientific exactitude of expression?"

Answer: In the negative.

Question # 8: "Whether the word yom ('day'), which is used in the first chapter of Genesis to describe and distinguish the six days, may be taken in its strict sense as the natural day, or in a less strict sense as signifying a certain space of time; and whether free discussion of this question is permitted to interpreters?"

Answer: In the affirmative.

We see that in the response to question # 7, we are not bound to treat Genesis as some sort of science textbook. Question # 8 clearly shows that we are not bound to believe in six literal days of 24 hours each in the creation account. God created the universe in six yom, or time periods, the exact duration of which may be much more than 24 hours. Nor is it necessary to believe in a 6,000 year old Earth. Modern science and Genesis do not contradict each other.

The basic gist of Church teaching in this area is set forth by the eminent theologian Van Noort:

"Furthermore, even in those truths which the Ordinary and Universal Magisterium unmistakably inculcates, there is sometimes room for questioning whether all the elements of that teaching are meant to be inculcated with equal force. For example, the following doctrines have always been unmistakably proposed by the Ordinary Magisterium: that God created our first parents by forming their bodies from the slime of the Earth and from the rib of the man; that Adam sinned in tasting the forbidden fruit at the urging of the serpent; that God in punishment for mankind's sins caused a deluge over the entire Earth; that Christ will come one day as the Judge upon the clouds of Heaven, etc.

Let's take a look at one of the aforementioned teachings and how it squares with science.

The Extent of the Great Deluge

Atheists will mock the story of the flood and Noah. The most frequent question is "How could two of every living thing fit on such a small ark?" Theists are left trying to come up with all kinds of solutions to a problem that is only apparent and not real. Actually, many of the problems evaporate like the flood waters once a correct perspective on the event is understood. As theologian Van Noort teaches, the deluge is about the manifestation of Divine Justice and not equally about the geographical extent of the flood.

Beginning in the mid-twentieth century, everyone has begun to think globally. Even those who can't travel, can now see friends and family half-way around the world thanks to Skype and other technologies. I guess the song rings true, "It's a Small World After All." When we read the Bible, this view colors our perspective. In Genesis 7, we read phrases like "every living thing on the face of the Earth," and we think of the spherical body of the third planet from the Sun. What constitutes "the face of the Earth" from the perspective of the people of the time in which Moses wrote Genesis? This is how we would properly understand it, from their perspective, not ours in the 21st century.

Consider that there are six (6) other events referred to as "worldwide" in Scripture:

The implication from all this should be obvious--the "worldwide deluge" was worldwide in respect to that portion of humanity to which God had spoken and in which Christ would be born. It was not worldwide geographically. This means that Noah's ark only needed to take two of every creature indigenous to the immediate area. The other creatures not exclusive to the region could find their way back into the area from other places in due time.

There is scientific evidence for a great flood in the area of Mesopotamia, but not, e.g., North America. The problem of the worldwide flood turns out to be no problem at all. Three more pieces of evidence that support the view of a localized flood:

1. Genesis 8 tells us how God removed the floodwaters using a wind. The drying method works in a flooded plain like Mesopotamia because water in such a flat region would flow very slowly to sea. The wind would speed this process and accelerate evaporation. It would do nothing for a global flood.

2. When Noah sends out a dove, he returns with a leaf from an olive tree. Olive trees do not grow on mountaintops, but on foothills. The water was not covering Earth, but a portion thereof.

3. The ark landed on Mount Ararat. Given its elevation at 16, 945 feet, must we not believe a global flood? No. The word used in Genesis 8 is har meaning the plural or "mountains of Ararat," which range in size from thousands of feet, to merely hundreds of feet. Noah landed on the mountains (plural) of Ararat, not THE Mount Ararat necessarily.

I've use the term "Science Denier" to label those Traditionalists who feel the need to deny modern science, and impose certain ideas on people that the Church does not. We do not have to believe the world is 6,000 years old or be a "heretic." (You may, of course, believe it if you wish). We do not have to believe in a creation that took place in exactly six days of 24 hours each. We need not believe that the Great Deluge covered the entire geographic Earth. When you learn the teaching of the Church, you'll also learn how beautifully it fits with modern science.
Posted by Introibo Ad Altare Dei at 2:33 AM