The Religion Of Psychology 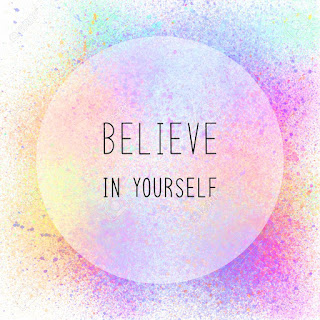 With the advance of the Vatican II sect, the spiritual needs of humanity were no longer being met. This resulted in the occult explosion and self-deification that plagues our world today. The First Commandment does not say, "Thou Shalt Not be an Atheist," but rather, "Thou Shalt Not have Strange gods before Me." The human race is incurably God-centered. Take away the True Faith, and people will search for meaning in all the wrong places. God's grace, found in the True Mass and sacraments, has dwindled. Something must replace it. On the one hand, you have occult and pagan practices (to give but one example, the number of "mediums" on television has never been higher). On the other hand, atheism and agnosticism are growing exponentially as well. Humanity glorifies itself and tells God, just as Satan did, "I will not serve."

Modern psychology has, by and large, become a new religion. Don't misunderstand me, I have a good friend who is a psychologist, and he's a "conservative" member of the Vatican II sect. He has helped many people. One of the members of  Fr. DePauw's Ave Maria Chapel (when I first converted in 1981) was a psychologist, and very devout for his whole life. Unfortunately, the number of Christian psychologists, who correctly apply the sound principles of psychology, are growing fewer and fewer. Psychologists and mental health professionals are the new "priests" of the new religion of psychology.

The purpose of this post will be to expose the very dangerous errors of the new psychology, which infects both the world at large and the Vatican II sect.

While there is an almost universal rejection Sigmund Freud's (the so-called "father of psychotherapy") diabolic theories, there are some of his ideas that have remained and infected the practice of psychology. True psychology should seek behavior modification, drug therapies, and help deal with trauma to overcome phobias, obsessive-compulsive disorders, etc. False psychology has pushed the following ideas:

There are two fundamental principles at work in modern psychology; you must love yourself and accept who you are. It sounds both innocent and benevolent, but it is neither. It is a huge departure from Church teaching.

1. Self love. "If you don't love yourself first, no one else will." How often have you heard this slogan? Psychology will play off this notion and make you believe, "I won't be good to others if I'm not good to myself." Next thing you do is send your three-year old off to daycare forty hours per week, or dip into family funds to drink and gamble.

Should you love yourself? That depends. We should like ourselves when we live in conformity to the Will of God. We should like ourselves for the good we do. However, we should not like ourselves and feel guilt for the evil we do. This is anathema to psychology. Psychologists want us to think of the self-rejecting teenager, trying to be popular. She should just love herself. Really? Even if she's not popular because she spreads rumors and manipulates others? Modern psychology denies Original Sin and the Fall.

Vatican II incorporated this idea into the heretical document Gaudium et Spes para. #13, "For sin has diminished man, blocking his path to fulfillment." It should say that, sin "prevents man from attaining his salvation." The error promotes the belief that man's "fullness" (he's "diminished" and has a blocked path to reaching his "fullness" or "fulfillment") is the principal value and, moreover, is the basic element of the idea of sin. On the contrary, the Church's perennial teaching is that sin is an offense committed against God because of which we merit legitimate punishment, including eternal damnation.

2. Accept yourself because you're not responsible.

Ironically, modern psychology tells us we are responsible for our own happiness. Yet how can we be responsible for anything if we are biologically and/or environmentally determined? (Self-contradiction won't interfere with their teachings!). In the Vatican II sect, many clergy teach that God must love us unconditionally since we can't help the way we are as products of our society. One of my regular readers wrote that she went to "confession" in the Vatican II sect (before finding her way back to the True Church), and for "penance" she was told to sit for a while in the Church and "let God love you" (whatever that means--you can't make this stuff up).

Vatican II joins modern psychology in the heretical teaching of humanity's "intrinsic self-worth." In Gaudium et Spes, para. 24 states, "...if man is the only creature on earth God has wanted for its own sake, man can fully discover his true self only in a sincere giving of himself," as if people possesses such value in themselves that it would cause God to create them.  In the Catholic meaning, the self-worth or "dignity of man" cannot be considered as a characteristic in people's very nature that imposes respect for all choices, because this dignity depends on right will turned toward the Good and is therefore a relative and not an absolute value.

That psychology began with antagonism towards God cannot be denied. Sigmund Freud ((1856-1939) remains the best known pioneer in the field of psychology. While his ideas are mostly ignored today, they still have had a great impact on society. Freud is portrayed as an atheist who shunned religion because of the "science of psychology" which supposedly proved God was a subconscious projection of the human mind.  Freud's criticism of the belief in God is called The Projection Theory. According to this theory, God is a projection of our own unconscious desires. As Freud wrote in his book The Future of an Illusion, "...the terrifying impression of helplessness in childhood aroused the need for protection...which was provided by the father...Thus the benevolent rule of a divine Providence allays our fears of the dangers of life."

Freud's Projection Theory commits the genetic fallacy in logic. This occurs when you try to discredit an idea based on its origin. Even if belief in God came from an unconscious desire for a father-figure, this doesn't prove God non-existent. Perhaps the very reason we have such a desire is because Our Creator made it innate within us to seek Him out. But was Freud a man who "had it all together" and was a convinced atheist? Dr. Paul Vitz, a former professor of psychology at New York University, and a former atheist himself, gives us some insight into Freud in his book Sigmund Freud's Christian Unconscious. [1988]

Here are some interesting facts on the "Father of Psychotherapy:"

Conclusion
Psychology can be a force for good to help people. Unfortunately, it all too often turns out to be a substitute for religion--and a very poor one at that. The Vatican II sect is all about self-esteem and self-acceptance forgetting that Our Lord told us, "... If any man will come after Me, let him deny himself, and take up his cross, and follow Me." (St. Matthew 16:24). A proper, Christian understanding of self-esteem and self-acceptance is good; but we must reject our sin-prone nature, deny our wants, and conform ourselves to the Will of God. To do anything less is to resign oneself to sin and Hell. There was an advertisement for a local Unitarian-Universalist sect that stated, "Come exactly as you are; God accepts you." Sounds like the motto for Bergoglio's "papacy."

Posted by Introibo Ad Altare Dei at 2:14 AM