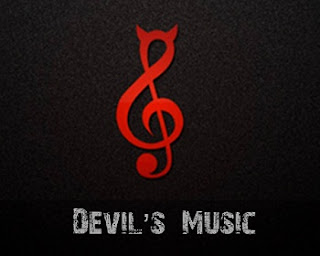 This week, April 5th marks the 24th anniversary of the suicide of Kurt Cobain (b.1967), founder, lead singer, and guitarist for the quintessential alternative rock band Nirvana. The group was started by Cobain in 1987, and although they only released three full length studio albums, Nirvana has sold an incredible 75 million albums worldwide. Nirvana is ranked number 27 on Rolling Stone magazine's "100 Greatest Artists of All Time," and Cobain is ranked by the magazine as number 45 among "The 100 Greatest Singers of All Time," and number 75 among "The 100 Greatest Guitarists of All Time." They were inducted into the Rock and Roll Hall of Fame in 2004, their first year of eligibility.

Cobain and Nirvana are considered one of the most (if not the most) influential musicians of the 20th century. Nirvana has been called "The Beatles of the 90's," and Cobain "The John Lennon of the 90's." Just like The Beatles and Lennon, they are anti-Christian and spread an evil message. Cobain formed the band with high school friend Chris Novoselic (b. 1965) who played bass, and they recruited Dave Grohl (b. 1969) to play drums. The band was originally to be called Fecal Matter, but Cobain decided on "Nirvana," the pagan Hindu and Buddhist concept of a release from reincarnation, where your individuality is "blown out" like a candle.

Cobain: In Open Rebellion Against God
Born in Aberdeen, Washington, Kurt Cobain's parents divorced when he was seven, an event that greatly traumatized him. He said, "I had a really good childhood… then a classic case of divorce really affected me." He would spend the rest of his childhood bounced between his mother and father, who considered him a "nuisance." Sent away to live with family friends who were "born-again" Christians, Cobain joined the sect, but it did not last long. (See https://hollowverse.com/kurt-cobain).

Around the age of 13, he became a frequent drug abuser, and became full fledged heroin addict by 1986. He penned songs full of despair and misery, echoing the state into which he had gotten himself. Cobain then turned to Satan worship as a way out and achieve respect and success. According to biographer Christopher Sandford, Cobain made it known publicly that his stated goal was to "get stoned and worship Satan" (See Kurt Cobain, Carroll & Graff Publishers, Inc., New York, 1997, pg. 42).

Cobain was an admitted bisexual, and he would desecrate churches with Novoselic. According to Sandford, he spray-painted "GOD IS GAY" on the side of a Church and he would take song lyrics he was dissatisfied with and set them on "...fire and leave [them] burning on the porch of the Open Bible Church." Rolling Stone magazine reports he spray-painted "ABORT CHRIST" on the side of a church. In that same article, it is stated that "Cobain made a satanic-looking doll and hung it from a noose in his window." (April 16, 1992 issue). His biographer confirms that Cobain decorated his apartment with "baby dolls hanging by their necks with blood all over them," and he sported a most blasphemous decapitated statue of the Blessed Virgin Mary. (Kurt Cobain, pgs. 54 & 89).

That a man this depraved could be seen as a "hero" and the anniversary of his suicide "commemorated" demonstrates the depths to which our society has sunk. Unfortunately, Cobain's degeneracy doesn't stop with sick and sacrilegious acts. He became involved with witchcraft and began casting spells. He met occultist author William Burroughs, a whore-monger and bisexual pervert whose book Naked Lunch (1959) was so perverse that it went to court as it was considered a violation of the U.S. anti-sodomy laws. Burroughs "accidentally" killed his wife in Mexico while drunk and "playing William Tell" with a pistol in 1951. He was convicted of manslaughter and spent time in prison. Burroughs had such an influence on Cobain that, "William S. Burroughs received ‘special thanks’ on In Utero [Nirvana's third album] for being a cherished inspiration to Cobain."(See Chuck Chrisafulli, Teen Spirit, Simon & Schuster, pg. 6 [1996]).

Cobain was obsessed with Church of Satan founder, and author of the Satanic Bible, Anton LeVay.  He wanted LeVay to play cello on Nirvana's first album, but for reasons unknown, it never happened. It was through his involvement with witchcraft leading to Satanism that Cobain's inspiration for songs came via "automatic writing." This is a process by which a person's hand moves without them consciously controlling it. Demons are thus channeled. According to the Rolling Stone interview, Cobain was "...stumbling on melodies by means he himself didn’t fully understand."

As a result of his inspirations for songs, the band was signed to it's first major label, DGC Records, and they put out their second album entitled Nevermind in 1991. The first single, Smells Like Teen Spirit, was an instant success; so much so the song has been referred to as the "anthem of alternative rock." By Christmas of that year, the album was selling 400,000 copies per week, outselling Michael Jackson, and culminating with 30 million copies sold. DMG was shocked as they didn't expect it to sell more than 250,000 copies in total. Immediately shooting to superstardom, the band put out its third album In Utero in 1993, another enormous success.

Cobain's demon-inspired music changed the face of rock (and even pop) music. While the message of rock and pop in the 1960s-1980s was about attacking traditional values, Nirvana led the way to attacking human existence itself. The ideology they sold was that human life is a waste spent in pain, and that the lives of others only serve to compound each person's suffering. Everyone is better off dead. Cobain, in spite of his Satanic beliefs, also held to pagan ideas as well. "Nirvana" is defined as, "... a blowing out, or extinction, of the flame of life; reunion with Brama." Cobain told Rolling Stone, "I would prefer to be in a coma and just be woken up and wheeled out on stage and play and then put back in my own little world."

The song Polly is about the abduction and rape of a 14 year old girl which took place in Washington. It's based on a true story in 1987 when the girl was forcibly taken while leaving a rock concert. The malevolent miscreant proceeded to suspend her upside down from a pulley in his mobile home and then raped and tortured her with a blow torch. The song is told from the "point of view of the rapist." "Sick" doesn't even begin to adequately describe someone who would pen this song.

The song Lithium is about religion being the "opiate of the masses" as Communist founder Karl Marx said.

The song I Hate Myself and I Wanna Die glorifies suicide and would become a "self-fulfilling prophesy:"

Cobain: Misanthropic Pervert Who Takes His Own Life

Cobain's widow, the equally detestable Courtney Love, indicated that his homosexual escapades went well beyond that of three or four men when she claimed that he'd "made out with half the guys in Seattle." (See Kurt Cobain , pg. 359)  He publicly French kissed his bass player, Novocelic, on Saturday Night Live [TV Show], and he would also publicly display his perverted penchant for cross-dressing while in concert. He would carry around pictures of women engaging in sex acts with animals (bestiality).

When journalist Lynn Hirschberg wrote of his wife, Courtney Love, unfavorably in Vanity Fair by calling into question her alleged use of cocaine while pregnant, Cobain stated, "I’m going to kill this women with my bare hands. I’m going to stab her to death. First I’m going to take her dog and slit its guts out in front of her and then sh*t all over her and stab her to death.” (See Kurt Cobain, pg. 172).

That he hated people is evident from his biography where he is quoted as saying, "Ninety-nine per cent of humanity could be shot if it was up to me." (Do you think this might have something to do with school shootings? The youth look up to creeps like him). His biographer muses, "Nirvana and the new fauna of Seattle rock shared a number of attitudes and taste, including a form of exoticism centered on punk, a public display of apathy, a disinterest in work, the cult of feminism, and the subversion of traditional values via music."

On April 5, 1994, Cobain went home and shot himself in the head with a shotgun. His suicide note was addressed to his "invisible friend" named "Bodda." He complained that "his muse had gone south." Typically, Satan gives you power only to take it away and leave you in despair. Despite having a wife and child, his music was the only thing he really cared about and it made him want to live; now it was seemingly gone, and he took his life at age 27. He thought of the false idea of reincarnation, "If you die you’re completely happy and your soul somewhere lives on. I’m not afraid of dying. Total peace after death, becoming someone else is the best hope I’ve got." Having gone to judgement, Kurt Cobain knows the truth, and he's not someone else.

Conclusion
Kurt Cobain and Nirvana poisoned impressionable youth with a nihilistic view of life. Cobain looked for solutions in paganism, drugs, and Satan himself. He "aborted Christ," the Only One Who could save him from his misery and give real meaning and purpose to his life. Worse, his music is giving the youth ideas that life is hopeless and you're better off dead. For those who think music couldn't influence people like that, tell it to the family of Daniel Casper, a then 28 year old man, who shot himself in the head upon coming home from a vigil for Cobain. A sixteen year old girl also went home from the vigil that day, locked herself in her room with Nirvana music blasting and shot herself in the head like her idol.

According to Metropolitan Life Insurance Company, the suicide rate for teens more than doubled between 1962 and 1982. (When the faith was taken away via Vatican II). Between 1980 and 1995 the suicide rate doubled again for youth ages 10 to 14. Suicide has become the second leading cause of death among youth ages 15 to 18. But no one wants to blame the evil messages in music and the new paganism in the wake of the Great Apostasy. Ozzy Osbourne was sued because his song Suicide Solution led to teenage suicides, but First Amendment "artistic freedom" allowed Osbourne to prevail.

The youth are going in the wrong direction. David Hogg, a survivor of the Parkland shooting wants to take away the guns while doing nothing to uproot the reasons behind the shootings. It's analogous to banning cars to stop drunk driving. Do you think maybe the booze had something to do with it? If you really want to "March for Our Lives"---embrace the True Faith and March to Christ and His Mother.

To my readers: Mr. Michael Cain, owner of the magnificent website DailyCatholic.org, is fighting a brave battle against lung cancer. His bravery and resignation to God's Will is incredible; he is an inspiration. Along with Novus Ordo Watch, DailyCatholic.org is among the best Traditionalist Catholic websites. Please pray for Mr. Cain, keep him in your prayers, and have Masses said if possible. In these terrible times of the Great Apostasy, we need great people like Mike. He is truly "one of the good guys."---Introibo
Posted by Introibo Ad Altare Dei at 12:49 AM