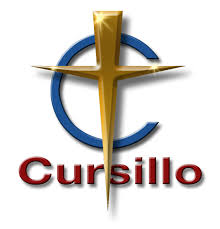 "Bishop" Nicholas DiMarzio, is the Vatican II sect leader of the formerly Roman Catholic Diocese of Brooklyn since 2003. Like "Pope" Francis, he is neither a validly ordained priest, nor validly consecrated bishop. He is, however, a Modernist through and through. The diocese ( the only one in the U.S. entirely within the political confines of one city) was known for its large, beautiful and elaborate Churches that inspired many people and produced numerous vocations.

Originally comprised of the boroughs of Queens and Brooklyn, as well as Nassau and Suffolk counties on Long Island, Pope Pius XII erected the Diocese of Rockville Centre in 1957. This new diocese took away Nassau and Suffolk from the Brooklyn Diocese which was now completely within the confines of NYC. In 1968, Brooklyn got its first invalidly consecrated  "bishop" in the person of Fr. Francis Mugavero. He was "gay friendly" as was the second "bishop" of Rockville Centre, the also invalidly consecrated (1971) John McGann.

The two dioceses shared one seminary out on Long Island, Immaculate Conception Seminary, which was loaded with young men studying for the priesthood. By the late 1970s, Immaculate Conception was known as the "pink palace" due to the few men left, almost all of whom were sodomites. The seminarians were compelled to attend the services of Jews, Protestants, and Hindus to see the "goodness" they possess in the name of ecumenism. The seminary library was renamed in honor of Fr. George Tyrrell, a Modernist expelled from the Jesuits in 1906 for his heretical ideas and teachings. Tyrell was excommunicated by Pope St. Pius X in 1908, after he published two letters in the newspapers condemning St. Pius' great encyclical Pascendi. He died unrepentant in 1909 at age 48.

McGann and Muguvero waged war on anything and anyone who retained the Catholic Faith. Both men threatened expulsion to any seminarian who would dare to attend Mass at the Ave Maria Chapel on Long Island led by the founder of the Traditionalist Movement, the late, great Fr. Gommar DePauw, who converted me to the Faith at age 16. Bp. Clarence Kelly, Superior General of the Society of St Pius V (SSPV) left Immaculate Conception Seminary in the late 1960s as the Modernism came in, and would be ordained a priest in 1973 by Abp. Lefebvre. In sum, if you were a sodomite that liked "Hindu spirituality" and believed in reincarnation, you'd make a great "priest."

A couple of years ago, due to almost no seminarians left, the new Modernists in charge (William Murphy in Rockville Centre, and the aforementioned Nicholas DiMarzio) merged the few left with the seminary of the Archdiocese of New York, led by "Cardinal" Dolan. The former seminary is now used for formation of "permanent deacons" and "lay ministers." The laity and future  "deacons" are exposed to the same things that the seminarians had to endure. One diabolic method of destroying whatever faith may be left, is by means of a retreat known as a "Cursillo."

The Movement began in Spain in 1944 and it was mostly propagated by a layman, Eduardo Bonnin. It seemed to "fly under the radar" for a while, as its propensity for Modernism was not readily perceived until after Vatican II when it was embraced. The Cursillo movement was forcefully condemned in 1972 by Bishop Antonio de Castro Mayer of Campos, Brazil. It was Bp. de Castro Mayer who would join Abp. Lefebvre in 1988 as co-consecrator to produce four bishops for the continuation the work of the Society of St. Pius X (SSPX).

According to the National Cursillo Center website(www.cursillo.org), it defines the three day retreat as "a movement within the church that, through a method of its own tries to, and through God's grace manages to; enable the essential realities of the Christian to come to life in the uniqueness, originality, and creativity of each person."

If you don't understand what that means, don't feel badly. Jabberwocky is the hallmark of Modernism. Although originally Roman Catholic, the techniques of the Cursillo have been used by multiple denominations, and have received scathing criticism. According to one Brian V. Jansenn, who has written for the Protestant magazine Christian Renewal, there are many and serious reasons to avoid a Cursillo. He attacks the Cursillo based on its techniques and effects.


According to Jansenn, "A sense of anticipation is created in the candidates as an aura of mystery surrounds the approaching weekend due to the enforced secrecy.  During the weekend itself candidates are exposed to emotional washing as they are run through a series of sudden and dramatic emotional shifts (the “surprises”).  The technique of love bombing is used as candidates are continually applauded, flattered, and pampered.  Strong peer pressure is exerted on them as the group direction, dominated by the numerous leaders present, is carefully steered toward the climax.  And there is a reversion to childhood:  candidates sit in table groups and draw posters with markers or crayons just like they did in elementary school, as a continual, silly, playful mood is fostered during the weekend.


We should mention also the unavoidable sleep deprivation, the withdrawal of familiar comforts and supports (no cell phones, only strangers in your table group, etc.), the loss of time consciousness (windows are covered, watches are confiscated, and no schedule is published), sensory over-stimulation (hugging, back rubs, close physical contact with strangers), and sometimes even dietary modifications resulting in a sugar high.
The purpose of these techniques is to keep the candidate disoriented and to break down their resistance and defense mechanisms.  And the goal of this disorientation and wearing down is to precipitate a cathartic experience.  A catharsis is a sudden discharge of pent-up emotions.
For many, the weekend begins with a sense of dreading the unknown.  This is enhanced by the strange format and many surprises, by darkness and silence, and by moving and dramatic lectures and testimonies.  Eventually such emotion seeks release, and when the dam breaks and the feelings flow, usually through weeping, the resultant discharge often creates a strong sense of relief and euphoria, a “breakthrough.”  This is quickly redirected into exuberant joy, and the candidate is assured that they have had a powerful, religious experience.  Most often this translates into a new commitment to the Cursillo agenda, a close bonding with similarly-affected, fellow candidates, and a loyalty to and affection for the leaders."

II) Effects
Again Jansenn reports, "The first long-term effect is that the experience tends to wear off.  Some will quickly dismiss it, but for others, this begins the quest for more and more emotional, weekend experiences:  usually a new pattern of attending frequent Cursillo weekends as a part of the team.  But this quest falls prey to the law of diminishing returns.  Subsequent experiences are not nearly so powerful, and eventually they have little or no emotional impact.
The weekend also tends to “spoil” the candidate.  Such a powerful experience is unlike anything else in life, and so normal life tends to lose its luster and seems flat and dissatisfying.  When this perspective is brought to the local church, the church is found wanting.  Church services cannot match the emotional high achieved during the weekend, and so the result is often a growing disaffection with and drifting away from the local church—a transfer of loyalty to the Cursillo community.
The weekend can also create a sense of spiritual superiority.  “If my local church never provided this deep, religious experience, and if my elders, pastor, or fellow church members have not been enriched as I have, then I must have advanced beyond them.”  This sense of superiority is exacerbated by the fact that candidates are sworn to secrecy.  They have become a part of the in-group, possessing special knowledge and experiences beyond those of the uninitiated.  And the inevitable result is a cliquishness, an affinity toward fellow Cursillo participants which transcends church membership and even family ties." (Underlined Emphasis mine).

III) Use By Modernists
Both DiMarzio and Murphy required a Cursillo of their seminarians, and priests deemed "too rigid" (read: retain some Catholic Faith and Morals). The late Traditionalist priest, Fr. Paul Wickens, confided in me that he had a brother in the priesthood who left. In these types of "reprogramming," he was made to feel that there was something wrong with him if he wasn't married, and he left his vocation with permission of  the Modernist hierarchy (which was only too happy to see him leave).
Bp. de Castro Mayer warned in his 1972 Pastoral Letter condemning the Cursillo movement that "many compare the Cursillo triduum to brainwashing." And, " 'Brainwashing is a very wide notion. If by manipulating an overexcited sensibility, it cannot be denied that there is a very important fundamental element common to brainwashing and to the method of the Cursillos."

Seminarians who are predisposed to anything truly Catholic are made to feel that they were wrong, and should fully embrace the Modernism of Vatican II; that there is something "wrong" with them if they do not like the idea of women "priestesses," ecumenical services, and fail to see the "deficiencies" in the "Extraordinary Form" of (so-called) "Mass."

The Vatican II sect wants you to love it for the "Ecumenical Big Brother" it is--and they will go to any lengths in order to secure compliance. So don't be surprised that their "priests" are sodomites, perverts, heretics, and despise the very thought of Traditionalist Catholicism. Their "deacons" and "lay ministers" feel the same.  If they weren't like that at the beginning, Frankie and his hierarchy will transform them into supporters of the One World Ecumenical Church. They are brainwashed (Orwellian-style) into doublethink about pre- and post-Vatican II theology: “Doublethink means the power of holding two contradictory beliefs in one’s mind simultaneously, and accepting both of them.” Maybe SSPX has been using Cursillo too.
Posted by Introibo Ad Altare Dei at 6:26 AM