The "Beautiful Side" Of Evil 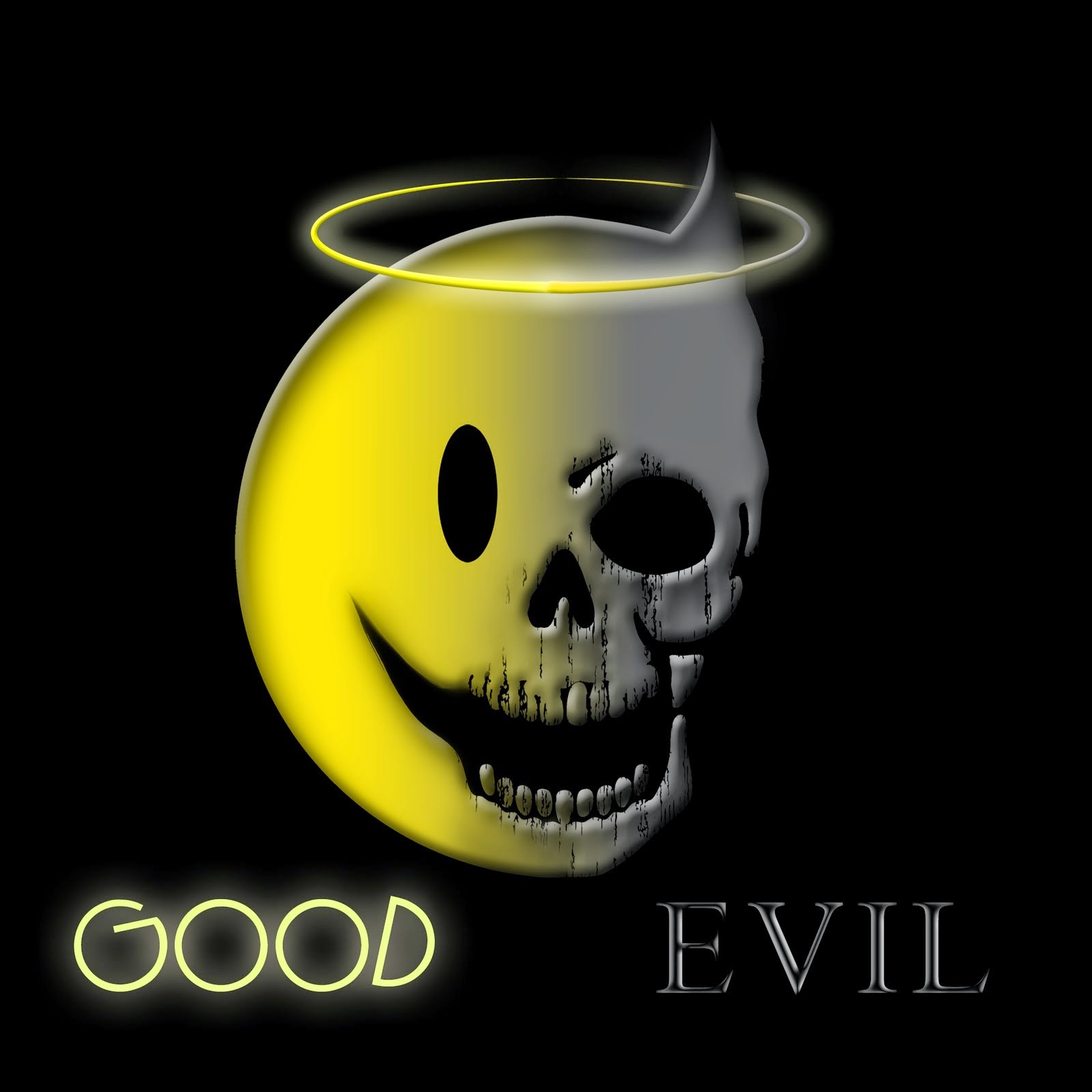 Lionsgate film studios has confirmed that they will be releasing more Twilight saga movies beginning next year. Like the Harry Potter series of books and movies, Twilight seeks to ensnare unsuspecting youth into believing that there is good in evil. You will not see any condemnations coming from the Vatican II cult, as this is exactly what they believe---"elements" of truth and goodness can be found in what is false and wicked.

It's important to understand the demonic forces that are behind these seemingly innocent works and alert any friends and family with children/grandchildren of the danger. The Twilight series revolves around the dark romance between Edward (a 108 yr old vampire) and Bella (a teenage girl). Edward doesn't age so he appears young, but there remains an underlying pedophile problem never addressed. Edward belongs to a good "coven" of vampires who don't kill humans, drinking animal blood instead. He protects Bella from the bad vampires, even as he fights against his own perverse urges to drink her blood. Hence, Edward is portrayed as a "noble" vampire. The series is seeped in occult themes.

Similarly, Harry Potter tells us there are "good witches" and bad ones, when all forms of witchcraft (or "Wicca"), are condemned by God. (See Deuteronomy 18:10-13) Portraying evil as good, or having good potential, has never been so rampant as today. The first depiction of good and bad witches actually started with the film The Wizard of Oz (1939). The book of the same name, and upon which both a play and the movie were based, was written by one Frank Baum, an occultist (1851-1919).

Baum belonged to Helena Blavatsky’s Theosophical Society (an occult sect wherein Blavatsky claimed that Satan was good), and used his writings to promote Theosophical views of magic and the occult.  Baum claimed that he had channeled the Wizard of Oz, “It was pure inspiration.... It came to me right out of the blue. I think that sometimes the Great Author has a message to get across and He has to use the instrument at hand. I happened to be that medium, and I believe the magic key was given me to open the doors to sympathy and understanding, joy, peace and happiness.” ( See Michael Patrick Hearn edition; The Annotated Wizard of Oz, New York: Clarkson N. Potter, 1973)


Interestingly, Glinda, the "good witch" tells the protagonist Dorothy that it is not necessary to look for answers anywhere but within herself, i.e., you've always had the power to go home; it's within you. This is the same occult message given by Twilight and Harry Potter, where God is never mentioned and all we need to do is look within ourselves for answers and tap into our inner power/strength through incantations, meditation, etc. It's not surprising that New Agers, who also teach the same thing, like such movies.


We are now besieged by TV shows, movies, and books that carry this idea that there is good within evil. Bewitched, Forever Knight, Sabrina the Teenage Witch, The Craft, Buffy the Vampire Slayer, Practical Magic, and Charmed are but a few examples of "benevolent" evil characters. Even more frightening, is the little known fact that both Stephanie Meyer (who wrote the Twilight series) and J.K. Rowling (who wrote the Harry Potter series) both claimed to have gotten their ideas from an "outside source" that "revealed it to them."


For Rowling, during a train ride in 1990, she claimed, "I was staring out the window and the idea of Harry Potter just came. He appeared in my mind's eye fully formed." (See Reuters, "Harry Potter Just Strolled into My Head" 7/17/00) She also claims to hear in her head the conversations she writes:  "Dialogue just comes to me as if I'm overhearing a conversation." (See http://www.januarymagazine.com/profiles/jkrowling.html)


As for Stephanie Meyer, a member of the Mormon sect, she claims that the story of Twilight was revealed to her in a dream:
"I woke up (on that June 2nd) from a very vivid dream. In my dream, two people were having an intense conversation in a meadow in the woods. One of these people was just your average girl. The other person was fantastically beautiful, sparkly, and a vampire. They were discussing the difficulties inherent in the facts that A) they were falling in love with each other while B) the vampire was particularly attracted to the scent of her blood, and was having a difficult time restraining himself from killing her immediately. For what is essentially a transcript of my dream, please see Chapter 13 ("Confessions") of the book." (See http://stepheniemeyer.com/twilight.html).


She further relates that after her dream, she began to hear voices that would not stop until she wrote what she heard:
"All this time, Bella and Edward were, quite literally, voices in my head. They simply wouldn't shut up. I'd stay up as late as I could stand trying to get all the stuff in my mind typed out, and then crawl, exhausted, into bed (my baby still wasn't sleeping through the night, yet) only to have another conversation start in my head. I hated to lose anything by forgetting, so I'd get up and head back down to the computer. Eventually, I got a pen and notebook for beside my bed to jot notes down so I could get some freakin' sleep. It was always an exciting challenge in the morning to try to decipher the stuff I'd scrawled across the page in the dark." (Ibid--Emphasis in original)


After she wrote her books, Meyers relates that "Edward" came to her in a dream to let her know he wasn't good. She told Entertainment Weekly, "(Edward told me) I had gotten it wrong, and he did drink blood like every other vampire and you couldn't live on animals the way I'd written it. We had this conversation and it was terrifying." (Emphasis mine). Could both women simply have active imaginations? When you consider both claim that the characters came to them out of the blue, both claimed they could literally hear what they had to write as from an external source, and all dealt with showing evil as good, I think a good case can be made these books and movies were demonically inspired.


There is no "good" in the practices condemned by God. Any and every form of occult practice is condemned by the True Church. The Vatican II sect at first came out against such films, but then praised them:

"The Vatican's official newspaper lauded Harry Potter and the Half-Blood Prince for its "clear" depiction of the eternal battle between good and evil represented by the struggle between Harry and his nemesis, the evil sorcerer Lord Voldemort.

L'Osservatore Romano said the movie was the best adaptation yet of the JK Rowling books, describing it as "a mixture of supernatural suspense and romance which reaches the right balance".
"There is a clear line of demarcation between good and evil and [the film] makes clear that good is right. One understands as well that sometimes this requires hard work and sacrifice," the newspaper judged.

The broadsheet paper also praised the film's clear message that "the search for immortality epitomised by Lord Voldemort" was wrong. It even approved of the film's treatment of adolescent romance amid the halls and corridors of Hogwart's, saying that it achieved the "correct balance" and made the teenage stars more credible.The favourable review is an apparent change of heart from the Vatican's previous assessment of the best-selling series.


Last year an article in L'Osservatore Romano condemned the books for encouraging an interest in the occult among children.The newspaper wrote: "Despite the values that we come across in the narration, at the base of this story, witchcraft is proposed as a positive ideal."The characterisation of common men who do not know magic as 'Muggles' who know nothing other than bad and wicked things is a truly diabolical attitude."The newspaper called the teenage boy wizard "the wrong kind of hero", comparing the books unfavourably with two other British children's classics, the Chronicles of Narnia by CS Lewis and JRR Tolkien's The Lord of the Rings.


The Vatican's attitude to the books has taken a harder line under the papacy of Benedict XVI in comparison with that of his predecessor John Paul II.Two years before he was elected Pope, Cardinal Josef Ratzinger, as he then was, wrote a letter to a German critic of the books calling the series "a subtle seduction, which has deeply unnoticed and direct effects in undermining the soul of Christianity before it can really grow properly".


"Pope" Francis will do and say nothing against any of this Satanic garbage, and Ratzinger reversed himself by finding "elements of good" in encouraging the occult. Finding good in Twilight is like finding orthodoxy in Francis. The façade of goodness, truth and being "nice" is to lure you into a cesspool of evil and lies---all in the hopes of claiming your soul.
Posted by Introibo Ad Altare Dei at 6:47 AM