The Evolution Of Heresy 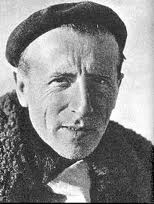 On January 1, 2015, the former three-term governor of New York, Mario Cuomo, died at the age of 82. His tenure as governor (1/1/83-12/31/94) was marked by controversy. The nominally "Catholic" governor of the Vatican II sect went out of his way to claim that you could be a "good Catholic" and support the murder of innocent children by abortion. Ironically, he would veto capital punishment citing his "conscience." His explanation was summed up as "capital punishment is the government taking a life, abortion is the government giving you a choice." I guess it never occurred to the left-wing media that their "erudite" darling couldn't come to grips with the fact that if an unborn baby is a person (which he conceded), then that is also taking human life---an innocent life to boot.


As a life long New Yorker, I remember everyone being "proud" of the fact he was considered presidential or Supreme Court material, as a "great Catholic" (sic) and an Italian-American. One member of the Vatican II sect clergy, "Bishop" Austin Vaughn, Auxiliary Bp. for the Archdiocese of New York (who was in jail for blocking the entrance to an abortuary), denounced Cuomo and said he was going "straight to Hell" unless he repented. The remarks made front page of all the newspapers back in 1990, but not one other member of the Vatican II sect supported Vaughn, including his superior "Cardinal" John O'Connor. No one visited Vaughn in jail, and not a word from "St" John Paul II. Cuomo's son Andrew, the current governor, called his wayward father his "mentor and hero." He wants to enshrine Roe v. Wade into a statute, and in 2011, he strong-armed sodomite "marriage" into law. He lives in sin with his concubine (divorced without even a Vatican II phony "annulment"), and is freely given Vatican II "communion."


I bring all this up, because as I read the liberal press lionizing this evil man, the New York Times motioned that he was a "disciple of the teachings of Fr. Pierre Teilhard de Chardin, SJ." Most people have probably never heard of Teilhard (1881-1955) or the destruction which he brought to the Church and the world at large.


According to Teilhard, the true religion, which is Christianity, emerges by means of evolution and reveals itself not as the final stage, but as the only religion capable of continuing development.  Far from being a stage through which humanity passes in adolescence, the adoration of a Savior God is essential to the maturation of human nature. Primitive needs are not outgrown but refined in the Catholic Church until, by its guidance, they are satisfied in the ultimate monotheism, in worship of the Omega-God of evolution. Teilhard’s writings are full of heresies condemned by the Church. Besides denying the Church’s infallible Doctrine of Original Sin, he did not believe in the supernatural, such as angels, the devil or Hell. De Chardin was also a pantheist, who claimed that everything is God.  In addition, Teilhard was a monist, a collectivist, a secularist, founder of a new religion and a religious evolutionist. (See The Truth About Teilhard, by Msgr. Leo S. Schumacher and Christ Denied by Fr. Paul Wickens--whom I was honored to know personally).As a religious evolutionist, Teilhard erroneously claimed that everything is “becoming” and evolving and that God is evolving. So too, does Faith and Moral "evolve" so there is no fixed and immutable dogmas or morals.


This lead to some interesting ideas of Teilhard that his proponents would like us to ignore:


"Rome does not want me to return to my professorship. They do not seem to have taken a dislike to me, far from it; but they want to save Religion…..I would take enormous delight in breaking all ties" (the reference here is to breaking all ties to traditional Catholic belief, and the Church as a whole – from letter written Feb. 14 1927)


"What increasingly dominates my interest is the effort to establish within myself, and to diffuse around me, a new religion (let’s call it an improved Christianity if you like) whose personal God is no longer the great neolithic landowner of times gone by, but the Soul of the world……"(Letter to Leontine Zanta, Jan 26 1936)


"Christ saves. But must we not hasten to add that Christ, too, is saved by evolution?" (Le Christique, 1955)


"I have got so many friends in good strategic positions, that I feel quite safe about the future" (Letter, Sept. 24, 1947, wherein de Chardin remarks on his numerous disciples in positions of great influence in the Church, which would certainly appear to have been borne out by the accolades given de Chardin during the Second Vatican Council)


"No humane hopes for an organized society must cause us to forget that the human stratum may not be homogeneous. If it were not, it would be necessary to find for the Chinese, as for the Negroes, their special function, which may not (by biological impossibility) be that of the whites." (April 6, 1927 letter--pure racism)

As you can see, if everything is in flux, you can claim to be "Catholic" while holding new and heretical/immoral ideas on everything from Creation, to the Sacraments, The Most Holy Sacrifice of the Mass, abortion, and homosexuality. Teilhard's ideas came alive at Vatican II. Who are some of his most ardent supporters?


According to The National Catholic (sic) Reporter:
"Pope Emeritus Benedict XVI, for example, who as a young theologian named Joseph Ratzinger criticized Teilhard's views, a few years ago praised Teilhard's "great vision"of the cosmos as a "living host." That raised a few eyebrows and prompted Benedict's spokesman to clarify that "by now, no one would dream of saying that (Teilhard) is a heterodox author who shouldn't be studied."
Benedict's successor, Pope Francis, has also invoked Teilhard-sounding concepts about the ongoing development of human consciousness, and Vatican observers say it would not be surprising if Teilhard made an appearance in an encyclical on the environment that Francis is currently writing."


Ratzinger, Francis, and Mario Cuomo. These are the fruits of Teilhard. The late Fr. Malachi Martin (of whom I am no fan), did remark in his book Hostage to the Devil, that one of the five reported cases of diabolical possession (that of a priest) was caused by his reading of Teilhard's writings (technically forbidden in writing by the Vatican, but now openly embraced by the current and immediate past antipopes). Could it be that they have invited Satan not only into the Church (to set up a false sect), but even invited him to possess their very soul? Following  De Chardin in his radical evolutionism, they've become a monkey's uncle, and ape Satan in his hatred of the truth.


Posted by Introibo Ad Altare Dei at 6:48 AM