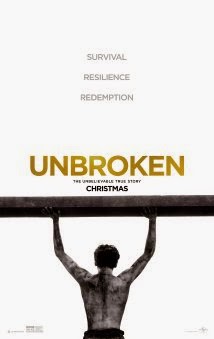 Two new movies were recently released in theaters across America. Both attack God, one directly, the other indirectly. Popular culture is no longer content at being atheistic, it is openly anti-theistic (i.e. it doesn't merely deny God, it openly seeks to eradicate Him and His moral law from society). Ridley Scott, an avowed atheist, has put forth the movie Exodus: Gods and Kings.

In the movie, the parting of the Red Sea is made to be a purely natural event, given Scott's atheism. “You can’t just do a giant parting, with walls of water trembling while people ride between them,” says Scott, who remembers scoffing at biblical epics from his boyhood like 1956’s The Ten Commandments. “I didn’t believe it then, when I was just a kid sitting in the third row. I remember that feeling, and thought that I’d better come up with a more scientific or natural explanation” (See http://insidemovies.ew.com/2014/10/23/ridley-scott-red-sea-exodus/). Like the Modernists, Scott seeks to explain away the supernatural character of the parting of the Red Sea by the occurrence of a meteor hitting the sea, followed by cyclones and tidal waves. The idea of a meteor hitting the sea and not hurting the Jews, but causing the Egyptians to be swallowed up in the aftermath at the precise moment would be miraculous in and of itself!

Scott continues his onslaught against the supernatural by claiming that the Burning Bush (through which God spoke to Moses) is really just a delusion of Moses hearing voices in his head after receiving a concussion when a rock strikes his skull. He sees a little boy talking to the bush, but only he can see the boy, making him appear delusional. God is further ridiculed, being portrayed as a small boy who has temper tantrums, and Moses yells at Him (!) However, a pagan priestess is seen giving a correct prophesy not recorded in the Bible, or in Tradition. Scott simply made it up and the pagan "gods" seem superior to the True God. The actor playing Moses, Christian Bale (best known as Batman in the Dark Knight movie trilogy), claimed, "I think the man was likely schizophrenic and was one of the most barbaric individuals that I ever read about in my life,"he said.

Bale also said he was surprised by the complexity of the Old Testament figure – and his creator.(sic)
‘He was a very troubled, tumultuous man and mercurial. But the biggest surprise was the nature of God. He was equally very mercurial.’ "(See www.dailymail.co.uk/news/article-2810449/Christian-Bale-accused-ignorant-bigotry-describing-Moses-barbaric-schizophrenic-ahead-Exodus-release.html#ixzz3Kxe1jrKw)

Also released was Unbroken, directed by Angelina Jolie and is based on the book Unbroken: A World War II Story of Survival, Resilience, and Redemption (2010), written by Laura Hillenbrand. It tells the story of one Louis Zamperini, who died aged 97 on July 2, 2014. He was a member of the US Air Corps during World War II. His plane got shot down, and after barely surviving 47 days at sea, Zamperini was captured by the Imperial Japanese. He endured untold hardships and torture at the hands of the sadistic Japanese; especially one called "The Bird" who regularly tortured prisoners. Zamperini prayed to God promising to serve Him, should he survive. Eventually, Zamperini made it home, but forgot his pledge to Christ and led a sordid life.

His greatest challenge (ironically) came when he was home. He suffered Post Traumatic Stress Disorder (PTSD), and became an alcoholic. He remembered his pledge to God, and promised to serve Christ. He beat his addiction, and his PTSD subsided. He actually returned to Japan to forgive his torturers.  Only "The Bird" refused to meet with him. This is incredible Christian charity, and I wonder if Mr. Zamperini would have entered the Traditionalist Church had he only known about it.

Unfortunately, as powerful and moving as Louie Zamperini’s story is, the most moving and profound part of the story has been excised from his life in Jolie’s Unbroken. It would be easy to show his life spinning out of control with haunting nightmares, alcoholism and PTSD, drawing attention to a huge problem that is tragically overlooked in the world. His conversion and transformation, along with the saving of his marriage and subsequent trip to Japan to forgive his captors, would move millions to tears! According to an L.A. Times story, Jolie told Donna Langley, chairman of Universal Pictures, that her version of the story would end with Zamperini’s liberation as a POW and would not include his bout with alcoholism and his dramatic conversion to Christ. Jolie got the idea to leave out that part of his life in "a vision" she received at 2 am one night.

When Jolie was questioned about what she wanted people to take away from the movie, she replied"“For my children and for everybody in the room, I want to be able to say, 'It can seem dark and it can seem hopeless and it can seem very overwhelming, but the resilience and the strength of the human spirit is an extraordinary thing.'” (See Angelina Jolie, NBC’s Today Show, February 25, 2014) When asked if God existed, Jolie responded, "For some people. I hope so, for them. For the people who believe in it, I hope so. There doesn't need to be a God for me. There's something in people that's spiritual, that's godlike. I don't feel like doing things just because people say things, but I also don't really know if it's better to just not believe in anything, either." Jolie is reportedly raising her Cambodian son Maddox Buddhist, though her personal beliefs are not widely known" (See http://www.gospelherald.com/articles/50532/20140303/tom-brokaw-interview-angelina-jolie-directing-movie-about-hollywood-neighbor-unbroken-louis-zamperini.htm --Emphasis mine)
Had Mr. Zamperini lived to see the film, I think he would have been moved to tears for what was left out of his life---God.

A tale of two movies, both meant to appeal to mostly Christian audiences. One denigrates God, and the other ignores Him. I wouldn't have expected anything less from Hollywood, unless produced by that rare individual like Traditionalist Mel Gibson. Save your money and don't patronize these latest insidious films against God. The Vatican II sect will not be warning you of this danger. Stay away, and at least your soul will remain unbroken.
Posted by Introibo Ad Altare Dei at 6:04 AM