Justification Is Not Salvation 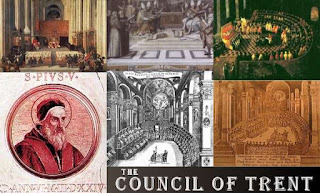 This past Thursday, the country witnessed yet another senseless shooting; this time in Oregon. A 26-year old man, Christopher Harper-Mercer, entered a community college and opened fire, killing nine innocent people. He was described in the New York Times as a lonely man who spent much time on the Internet, disliked organized religion, and was an aficionado of the Nazis and the Irish Republican Army (IRA). According to the report, he asked his victims their religion.  "While reloading his handgun, the man ordered the students to stand up and asked whether they were Christians, ..."And they would stand up, and he said, 'Good, because you're a Christian, you're going to see God in just about one second,' " Stacy Boylan told CNN, relaying his daughter's account. "And then he shot and killed them."

Of course, had this evil man been shooting Moslems, we would hear the left-wing media telling us about "Islamophobia," because if you're not politically correct, you must have a mental disorder. We haven't heard a thing about "Christophobia," and we never will. I bring this up because Harper-Mercer bought into the Protestant heresy of "Justification by Faith Alone" (hereinafter "JFA"). The Vatican II sect signed the Joint Declaration on Justification on October 31, 1999, which basically accepted the heresy (they accept anything except the Truth).

I pray that those victims were in the state of Grace (justified) when killed, thereby obtaining Heaven either immediately or after Purgatory (salvation). However, simply because they claimed the title "Christian" does not guarantee they are going to see God. This is why three things are all important:


The Heresy of JFA

Basically, JFA can be summed up as follows:
There are some Protestants who believe a modified or slightly different version of these points, but "TULIP" forms the basis of the heresy. There are some practical problems inherent in such a belief.

If God picks whom He chooses, how can you know you're "saved"? Some claim belief is enough, but in times gone by, it was thought that if you were rich, God's favor was upon you. Blessings of this kind show He has favored you. This was the basis of the "Protestant work ethic." Get rich, and you're probably saved. So much for the virtue of evangelical poverty.

If God's Grace is irresistible and you can't lose your salvation, say goodbye to freewill. Suicide is wrong because God commands not to do it, but there is no logical reason not to go to Heaven sooner. Some will claim that such an act is proof you "didn't really believe." This leads you right back to the problem of how you know you're "really" saved, when a simple declaration of faith is claimed to suffice.

Ask a Protestant about the fate of infants, the retarded, and habitually insane. They can't have faith. While on the one hand Faith is claimed to be indispensable for salvation, on the other hand, they quote the Bible where Christ said, "Let the little children come to me and do not hinder them, for to such belongs the kingdom of heaven." (St. Matthew 19:14). That being the case, why not have an abortion and assure your child's salvation? Euthanize the insane and retarded as well, and get them to a better world.

Conclusion
An evil man killed Christians this past week in a fit of anti-Christian rage. Whether he said they would see God before killing them to mock the Protestant conception of JFA, or whether he thought in his sick and twisted mind that he was really sending them to Heaven (and getting rid of them on Earth), is unknown. We would all do well to understand what justification really means. I'm sure none of those nine people woke up that day thinking someone would shoot them for professing Christianity. How many were actually saved? If you were there, what would have been your fate? Let that sobering thought guide you to live each day in God's Grace so that you will not be caught off-guard should He return "like a thief in the night." (See 2 Peter 3:10)

Posted by Introibo Ad Altare Dei at 4:19 AM