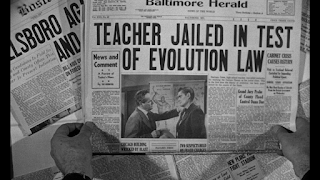 Few topics invite so much misinformation and disinformation as the origin of the universe and the human race. Protestant fundamentalists will say that the universe was created about 6,000 years ago in six (6) twenty-four (24) hour time periods, while Modernists will assert that the biblical account of Genesis is largely a myth and humans evolved in a strict Neo-Darwinian fashion. Then we have the atheists who love to portray theists (and Christians in particular) as anti-science and superstitious dolts. Whenever a Traditionalist is presented with such a topic, we must put aside our feelings and prejudices to ask, "What does the Church teach on this matter?" In the absence of a true pope, it is vital not to seek our answers from our private interpretations of Scripture, or private revelations (alleged messages from apparitions, or even the mystic writings of certain saints) but from the authoritative teachings of the popes, and the approved pre-Vatican II theologians. In this post, I will seek to dispel some popular myths, and then present Church teaching.

The atheists and other enemies of the Church who run most of the media, have been doing their best to denigrate Traditional Catholicism, and even any form of belief in Christ from Protestant sects.It didn't just start in recent years either. The 1955 play and 1960 film Inherit the Wind is an excellent example of anti-God propaganda. The movie (starring Spencer Tracy, Frederic March, and Gene Kelly) purports to accurately dramatize the events surrounding the infamous Scopes Monkey Trial of 1925, which transpired in Dayton, Tennessee. The movie has the same relationship to reality as the "fake news" of today.

According to the movie, John T. Scopes (1900-1970) is a high school biology teacher who loves science and passionately introduces his students to the evolutionary ideas of Charles Darwin (1809-1882), only to be violently denounced by the ill-educated, unenlightened, and bigoted town leaders--all of whom are fundamentalist Protestants. Scopes is thrown in prison for violating the law forbidding the teaching of evolution. Scopes' girlfriend is the daughter of the town preacher, and begs him to renounce his belief in Darwinism. Scopes bravely refuses to "deny the truth."

Then comes lawyer Clarence Darrow (1857-1938), the champion of truth, science, reason and humanity. He will defend Scopes pro bono (free of charge). The prosecuting attorney is William Jennings Bryan (1860-1925), an ignorant, ill-mannered Protestant fundamentalist who says in the movie, "...the Lord began the creation on the twenty-third of October in the year 4004 B.C. at--uh, at 9 a.m.!" I hate to tell you how many people I know who believe this rubbish to be an accurate account of what actually happened (highly educated people among them). They have been brainwashed into buying the whole "science vs. religion" canard. God is the author of all truths meaning that the True Faith, and the truths of science, cannot contradict each other.

In his 1998 Pulitzer Prize winning book, Summer for the Gods: The Scopes Trial and America's Continuing Debate Over Science and Religion, historian, lawyer, and author Edward J. Larson does a splendid job of setting the record straight.


What the Church Teaches on Creation

Moses, who wrote the Book of Genesis, used the Hebrew word "yom"--which means a time period of unspecified length as it was used at the time. It was translated as "day." The following question was proposed to the Pontifical Biblical Commission:

"Whether in the designation and distinction of six days with which the account of the first chapter of Genesis deals, the word 'DAY' can be assumed either in its proper sense of a natural day, or in the improper sense of a certain space of time; and whether with regard to such a question there can be free disagreement among the exegetes?"

On June 30, 1909, the Commission (with full approval from His Holiness Pope St. Pius X) responded:

"IN THE AFFIRMATIVE." This means that the "days" of creation need not be actual periods of twenty-four hours each. This also comports with the Commission's decision of June 23, 1905 (also approved by Pope St. Pius X) that Scripture gives historical accounts except "...where without opposing the sense of the Church and preserving its judgement, it is proved with strong arguments that the sacred writer did not wish to put down true history, and history properly so-called, but to set forth, under the appearance and form of history a parable, an allegory, or some meaning removed from the properly literal or historical significance of the words."

In my opinion (and consistent with the decrees of the Pontifical Biblical Commission approved by Pope St. Pius X), Moses meant to convey that man was God's special creation, so the Earth (our planet) takes place of pride over the other celestial bodies.That's why it is created first.  The creation of Man comes last to show Him as God's crowning achievement. There ARE strong arguments from modern science which would validate this interpretation. As a matter of fact, the Big Bang Theory was formulated by a Roman Catholic priest, Fr. Georges Henri Joseph Édouard Lemaître (1894-1966). The Communists forbade the Big Bang to be taught, because they taught the "Steady State Theory" (the universe always existed), and it did not imply the need for a Creator!  I stand, as ever, to be corrected should Holy Mother Church be restored and teach otherwise.


The Church and Evolution

What of Adam and Eve? Did they evolve or were they created exactly as stated in Genesis?

"For these reasons the Teaching Authority of the Church does not forbid that, in conformity with the present state of human sciences and sacred theology, research and discussions, on the part of men experienced in both fields, take place with regard to the doctrine of evolution, in as far as it inquires into the origin of the human body as coming from pre-existent and living matter - for the Catholic faith obliges us to hold that souls are immediately created by God. However, this must be done in such a way that the reasons for both opinions, that is, those favorable and those unfavorable to evolution, be weighed and judged with the necessary seriousness, moderation and measure, and provided that all are prepared to submit to the judgment of the Church, to whom Christ has given the mission of interpreting authentically the Sacred Scriptures and of defending the dogmas of faith. Some however, rashly transgress this liberty of discussion, when they act as if the origin of the human body from pre-existing and living matter were already completely certain and proved by the facts which have been discovered up to now and by reasoning on those facts, and as if there were nothing in the sources of divine revelation which demands the greatest moderation and caution in this question."

As theologian Sagues explains, "With these words therefore it is supposed or asserted that evolutionism, and indeed only regarding the human body, is not a fact that has really been demonstrated, but a "hypothesis," and one that touches on doctrine contained in Scripture and Tradition. It is assumed that the hypothesis is not certainly directly or indirectly opposed to revelation, since otherwise it would be totally rejected; it is assumed it can, since the Church does not forbid it, be freely discussed in the present-day context of theology and natural science (this does not include everyone), but only by experts in both camps, and also in gravity and moderation in advancing reasons for or against transformism [evolution--Introibo], provided that all are ready to submit to the judgement of the Church." (See Sacrae Theologiae Summa, II B [1955], pgs. 236-237; Emphasis mine).


Summary and Conclusion
The relationship between science and the True Religion, when properly understood, presents no difficulties. Just be sure to look for your guidance to actual Church teaching in the decrees of the popes, Roman Congregations, and the approved pre-Vatican II theologians. There are many questions (such as evolution of the body and the time involved in creation) that are open to differing opinions, and cannot be solved until the Church is restored. We have no business condemning those whom the Church Herself does not condemn in areas open to theological differences, unless/until the Church is restored and decrees a definitive answer. I believe in an old universe that God began with a Big Bang and that the human body may have developed over time before God's special intervention. You might deny both. However, we both remain loyal sons and daughters of Holy Mother Church. Let's focus on our common enemy, the Vatican II sect, and not busy ourselves in condemning fellow Traditionalists in matters left unresolved.