The Real Change You Can Believe In 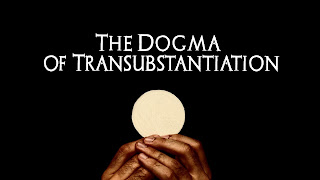 I have often expressed my disdain for those who preoccupy their time with strange topics rather than applying real Catholic principles to our extraordinary times. One such example is the fascination with UFOs. Fred and Bobby Dimond, the wannabe "monks" of Most Holy Family Monastery (sic), want to sell you DVDs on the subject, and Francis actually claimed in 2014 that he would "baptize Martians if they asked for the sacrament." ( See http://time.com/99616/for-pope-francis-its-about-more-than-martians/). This is most interesting coming from a man who claims atheists can go to Heaven! So we have both ends of the spectrum, false Traditionalists (the Dimonds) and Modernists in the extreme (Bergoglio), talking about UFOs.

There's a real danger to dwelling on such subjects. In 1968, Eric Von Daniken wrote a runaway bestseller entitled Chariots of the Gods. It sold more than seven million copies worldwide and was made into a movie of the same name in 1970. The thesis of the book is that extraterrestrials came to Earth and are the basis of religion. For example, the angels of the Bible were really aliens in spacesuits, and the destruction of Sodom and Gomorrah was by an alien nuclear weapon. These aliens also allegedly explain the pyramids of Egypt and Stonehenge which were built by them. (For a great debunking of Von Daniken, See Crash Go The Chariots by Clifford Wilson).

There is a quasi-religious and "scientific" movement called Raelianism or the Raelian Movement. It was founded by Claude Maurice Marcel Vorilhon (b. 1946), a sports car journalist who changed his name to "Rael" after an alleged encounter with a UFO in 1973. He met a being which he blasphemously claimed was called Yahweh. Rael wrote a book which states that advanced alien scientists from another planet with 25,000 years of scientific advances created all life on Earth through DNA manipulation.These scientists, Raël said, were originally called Elohim or "those who came from the sky." Rael claims on October 7, 1975 an alien spacecraft took him to their planet where he met Buddha, Mohammed, Moses and Jesus Christ, all of whom were presumably aliens, the same as those he met.

At this point you're probably wondering why I'm writing on this subject. Obviously, Vorilhon ("Rael") and his followers are either (a) psychotic, (b) liars looking for notoriety, no matter how weird, (c) deceived by demons, or (d) any combination of a,b,c. True enough, and I'm not going to talk about sensationalist end times scenarios either. What got me angry was an article published by "Raelian scientists"  Damien Marsic, PhD and Mehran Sam, PhD. There is no indication as to which discipline(s) they received their doctorates, or from what accredited institute(s) of higher learning. I suspect they are "trained scientists" as much as the Dimond brothers are "trained theologians."

Marsic and Sam have claimed to have "scientifically proven false" the dogma of Transubstantiation! The purpose of my post shall therefore be to give the correct understanding of this most magnificent truth of the Faith, and to show the pathetic deficiencies in the arguments of "Raelian scientists" and others who dare to assail it.


The Dogma of Transubstantiation

CANON I.-If any one denieth, that, in the sacrament of the most holy Eucharist, are contained truly, really, and substantially, the body and blood together with the soul and divinity of our Lord Jesus Christ, and consequently the whole Christ; but saith that He is only therein as in a sign, or in figure, or virtue; let him be anathema.

In an article entitled DNA Analysis of Consecrated Sacramental Bread Refutes Catholic Transubstantiation Claim (See http://atheistcreationist.org/news/dna-analysis-of-consecrated-sacramental-bread-refutes-catholic-transubstantiation-claim.html), Sam and Marsic state, like atheists, that they want to "debunk" the dogma to "...encourage others to engage in similar studies and help religious organizations rid themselves of superstition and irrational beliefs, thus contributing to elevate fellow human beings." (Please remember these "champions of rationality" follow a guy who takes trips in UFOs that no one else sees and without any tangible proof other than his own ipse dixit).

To attack Transubstantiation as "irrational" is not new. Sam Harris (b. 1967), one of the so-called "New Atheists," is fond of calling those who believe in it "mentally ill." He has said, "If your neighbor were to claim that every morning he mumbled some words in Latin over his pancakes and they became the body and blood of Elvis Presley, we would say he is mentally ill, and seek to have him committed. However, if it's a priest who mumbles the words over  bread and wine claiming they are now the Body and Blood of Jesus Christ, for some reason he's considered sane."

Harris was raised in a non-religious home by a Quaker father and Jewish mother. Interestingly, he talks about Latin being mumbled even though too young to have been exposed to the True Church, and the Vatican II sect doesn't use Latin or the secret voice in the Novus Bogus "mass." Satan has a way of getting his pot shots at the True Religion, even by one such as Harris. Where his analogy to the crazy neighbor breaks down, is that Elvis Presley never claimed to be God, wrought miracles, or rose from the dead. We have good reasons to believe that Our Lord is True God and True Man, and what He told us about the Eucharist is true. That's the huge difference Harris' slipshod analogy fails to grasp.

The "scientific article" attacks Transubstantiation from a new (and woefully ignorant) angle; to test for human DNA within a "consecrated" host at a Vatican II sect church. To quote the article:
Consecrated hosts (sic) were collected during communion in 5 different Catholic churches in the United States and Canada and immediately placed into clean plastic bags to avoid contamination. A sample of cultured HEK-293 cells was used as the human control. Unconsecrated altar bread purchased from a church supply store was used as the wheat control.

This is both a stinging indictment against "communion in the hand" and proof that the Vatican II sect only gives lip service to belief in the Real Presence. Two pseudo-scientists have their followers take hosts from Vatican II "masses" to be profaned. Communion in the hand made it easy, and the cavalier way they handle their wafers is a systematic and tacit denial of the Real Presence. Thank God the hosts were not validly consecrated! How did Sam and Marsic justify this unethical confiscation?

"This study could be criticized on ethical grounds for using deception to collect samples. Indeed, the individuals who provided us with the consecrated hosts obtained them during communion, pretending to be believers, and transferred them discretely into plastic bags instead of ingesting them. However, these individuals were all former Catholics who had felt victimized by the Church's dogmatic teachings and saw this action as contributing to their recovery. The moral dilemma of obtaining samples through deception is to be contrasted with the ethics of enrolling non-consenting newborns into a religious organization, endoctrinating children with unquestionable dogmas and instilling fear, guilt and shame in them with long-lasting consequences for their psychological well-being. Anyway, in agreement with our results, we are confident that no sentient being was physically harmed in the course of this study."

In other words, stealing wafers is justified because raising a child to believe in religion is a form of "child abuse." (However, allowing a child to be raised by two sodomites who commit acts contrary to nature is considered in our sick society to be "in the best interest of the child."). Why is Transubstantiation "false"? In their words, "As believers themselves agree that the appearance, taste and texture of sacramental bread are retained after consecration, it is unclear what the 'substance' that is allegedly transformed could be. If the host still looks like bread and tastes like bread after having been consecrated, the molecules responsible for the taste and texture can not have been affected. This leaves DNA as the most probable candidate. Indeed, if wheat DNA in a piece of bread could be replaced by human DNA, the change would not affect the bread's texture or taste." So unless the consecrated Host contains Christ's human DNA, no change must have occurred.

The whole attack on Transubstantiation revolves around ignorance regarding the philosophical term "substance." When I was a NYC science teacher, I would tell my class things like "water is a substance comprised of two atoms of hydrogen and one atom of oxygen expressed as H2O." These two pseudo-scientists assume that the substance which changes in the bread must be at the molecular or atomic level; in this case DNA.

In Neo-Scholastic Thomistic philosophy, we distinguish between substance and accidents in all beings which exist. According to Thomistic philosopher Fr. Daniel J. Sullivan, "...all being is either being that exists on its own...or in another, in such a way that it has no existence apart from the other. The first way of being is found in such things as a maple tree, a robin, a race horse, a human being---independent centers of existence and activity, beings that go on being what they are behind the restless face of everyday change...we may define substance as a being whose nature it is to exist in itself." (See An Introduction To Philosophy, The Bruce Publishing Company, Milwaukee, [1957], pg. 221; Emphasis in original.) Accidents are a being whose nature it is to exist in another, like the green of a leaf, or the movements of a bird in flight. Something needs to be green, and the movements of the bird are real but not the bird itself.

Can we subject substances to the scientific method? No. According to Fr. Sullivan, "Substance as such cannot be perceived by our senses: we cannot see it , touch it, imagine it. Our senses do indeed perceive beings which are substances, but it is the color, the shape, the taste of the thing that is known by our senses, not its being or substance. The existence of substance is known only by an insight of the intellect, which sees that behind the becoming of sense phenomena there exists the substance which is the subject of the change." (Ibid, pg. 223). Substance is therefore metaphysical--or "beyond the physical"--the very ground of existence. It is not molecules and DNA. Even had they gotten (God forbid!) a True Host at a Traditional Mass, they could not detect that which is not subject to sensory perception; with or without the use of scientific equipment. They sought to disprove a philosophical concept by equating it with matter. Pure ignorance.

Transubstantiation is the change by which one substance (bread or wine) becomes another substance (Christ) with only the accidents (sensible attributes) of bread and wine remaining. It gives us Traditionalists something the Vatican II sect no longer has--the Real Presence of Jesus Christ, Body, Blood, Soul and Divinity in the Holy Eucharist. It is imperative that we know the Faith. Don't waste your time dwelling on subjects not directly the objects of our Holy Religion. You see the sheer absurdity which results when people don't know the Faith, and attack a dogma on grounds they don't understand (or perhaps willfully misrepresent to lead whom they can astray).

Leave speculation about UFOs and extraterrestrials to the likes of the Dimond brothers and Bergoglio.  Pick up a book by an approved pre-Vatican II theologian and grow deeper in the Faith; the truth is in there.
Posted by Introibo Ad Altare Dei at 12:07 AM