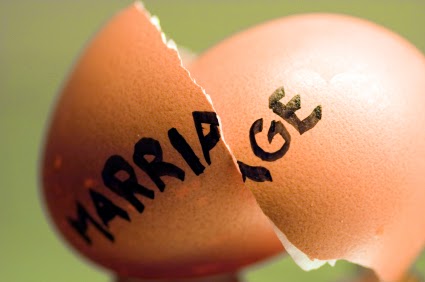 As Antipope Francis attempts to allow the divorced and "remarried" (i.e. adulterers) to receive their "communion," I believe there are machinations brewing for far more than the denial of the indissolubility of marriage. As any of my regular readers know, I'm not one given to wild-eyed conspiracy theories, or sensationalism. However, I will attempt to demonstrate that the logic of the Vatican II sect is leading to places unthinkable even a few short years ago.

The Second Vatican Council imposes a variation of the doctrine on marriage contrary to the Catholic Church's constant teaching.In the Vatican II document, Gaudium et Spes (hereinafter GS), the married state is referred to as "the intimate partnership of life and love which...has been established by the Creator..." (GS# 48), whose proper end is procreation:

"By its very nature the institution of marriage and married love is ordered to the procreation and education of the offspring and it is in them that it finds its crowning glory" (GS #48).

Note that it does not find its raison d'etre, or "reason for being" in the procreation and education of children, but its "crown." This leads one to believe that the end of the state of matrimony is mutual perfection of the spouses, that is, the secondary end becomes the first, since the true end (the procreative one), becomes secondary because it is proposed as a consequence (or "crowning glory") on the Modernist view of marriage.

Furthermore, GS states:
"Many of our contemporaries, too, have a high regard for true love between husband and wife as manifested in the worthy customs of various times and peoples. Married love is an eminently human love because it is an affection between two persons rooted in the will...; it can enrich the sentiments of the spirit and their physical expression with a unique dignity and ennoble them as the special elements and signs of the friendship proper to marriage." (GS # 49)

Here, the robber council places the secondary end of marriage (mutual love and support) on par with the primary end (procreation).  "Married love" (the conjugal act) is justified solely through corporeal manifestation and not by virtue of procreative value first and foremost. Pope Pius XI taught in Casti Conubii that married love is properly viewed as a natural act committed to procreation and, therefore, allowed in relation to the first end of marriage, (which is the begetting of children). It is not used for satisfaction and pleasure itself, understood  as the secondary end of marriage, and limited by its primary end.

In an article for the National Catholic (sic) Reporter, writer and sodomite supporter Robert McClory offers this bit of logic from his piece entitled, "Why Church Disdain for Gay Marriage is Dead Wrong":

"When the subject of Christian marriage was taken up by the bishops at the Second Vatican Council in its document on 'The Church in the Modern World,' (that's the English title for GS--Introibo) they made a point of not repeating the old formula. In fact, they first discussed mutual self-giving and sharing as essential to marriage and only after spoke of its role in increasing and multiplying the human family. The bishops decided not to use any primary or secondary terminology in the document, and just to make the matter clear, insisted that 'procreation does not make the other ends of marriage of less account' and that marriage was 'not instituted solely for procreation' "

The online edition of People Magazine  reporting on  Antipope Francis' synod on the family had this to write:
"On Monday, Catholic bishops showed unprecedented openness to accepting the real lives of many Catholics today, saying gays had gifts to offer the church and should be accepted and that there were "positive" aspects to a couple living together without being married."

Do you see the writing on the wall?

Mr. McClory does when he writes, " Gay Catholic (sic) couples are daily fulfilling that central requirement of Christian marriage; love and fidelity."  While it's true that not every normal couple is fecund due to age (e.g. widows who remarry, etc) or due to medical concerns, they are reproductive in principle and reflect the male-female model established by God for the human race. Apples are edible in principle, even if this particular apple in my hand is rotten and can't be eaten. Rocks are never edible by nature.

Francis admits of a "gay mafia" in the Vatican. The sodomites they admitted to the seminaries in the late 1960s going forward are the "bishops" and "cardinals" of the second decade in the 21st century. Adulterers receiving the invalid communion of the Vatican II sect will seem unremarkable the day we witness an Antipope Adam "marrying"  "Cardinal" Steve.
Posted by Introibo Ad Altare Dei at 5:55 PM