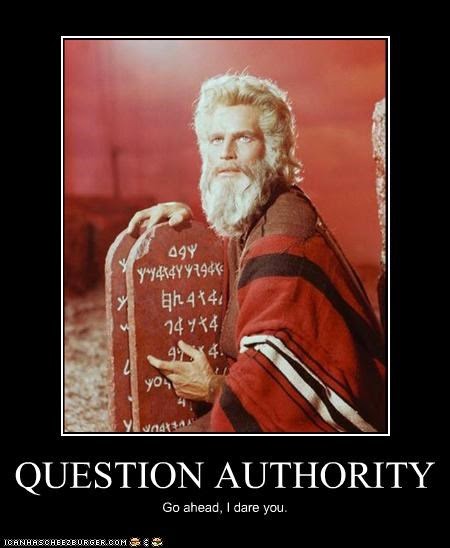 This is the kick-off of the big Synod in Rome (rightly spelled "Sin-od" by my friends at Novus Ordo Watch) where Antipope Francis is putting Catholic Faith and Morals up for grabs. Francis (Mr. Jorge Bergoglio) is meeting to have an "open discussion" about issues where many "Catholics" (i.e. members of the Vatican II sect) disagree with True Magisterial teaching on many issues; especially the use of artificial contraception and giving their "communion" to the divorced and remarried (i.e. adulterers).

" Would it be weird to say that the Catholic Church under Pope Francis has encouraged a sense of uncertainty about God?

After all, this is an institution that has devoted centuries to hammering out and polishing an authoritative system of doctrines concerning who God is and what God expects. It claims to have been founded by Jesus Christ and to be guided infallibly by the Holy Spirit. It has warned of eternal damnation if its authority and precepts are ignored or rejected. In other words: If Catholicism is true, you don't want to be in doubt about its teachings. But by giving the impression that longstanding teachings of the faith might significantly change, Pope Francis and other church leaders have invited just such doubt.

No surprise, Catholic writers have expressed concern. Responding to reports that the church might stop denying communion to Catholics in permanently adulterous marriages, Ross Douthat wonders what the appropriate response of Catholics should be to such changes. Michael Brendan Dougherty, mindful of the church's turbulent history, fully expects that a pope or governing council in the church will eventually issue a policy flatly contradicting church teaching — and he believes that most Catholics will be wholly unprepared for it. In such conditions, some among the faithful would doubt the church itself. Lasting heresy or disbelief might take root and grow in this soil.

According to Catholicism, the core doctrines of the church express absolute truth and therefore cannot be altered, but paradoxically this premise doesn't preclude changes to its teaching. In the parlance of the church, it only means that a previously proposed understanding wasn't really unchangeable doctrine. Still, a big deal. By merely entertaining doctrinal development, the church entices believers to question its authority and the exact content of its faith.

In fact, Pope Francis has explicitly endorsed doubt in the life of faith. In a 2013 interview published in America Magazine, the pontiff said that the space where one finds and meets God must include an area of uncertainty. For him, to say that you have met God with total certainty or that you have the answers to all questions is a sign that God is not with you. Be uncertain, he counsels. Let go of exaggerated doctrinal "security." A devout faith must be an uncertain faith:

'The risk in seeking and finding God in all things, then, is the willingness to explain too much, to say with human certainty and arrogance: 'God is here.' We will find only a god that fits our measure. The correct attitude is that of St. Augustine: seek God to find him, and find God to keep searching for God forever.'"

Mr. Cupp, and of course, Mr. Bergoglio, have it all wrong. Cupp is correct that Bergoglio wants to eviscerate whatever remains of Catholicism in his sect. Bergoglio is wrong and takes St. Augustine out of context. Just because God is infinite does not mean that we can't know very definite Truths about Him which He reveals to us. We may not be able to fully comprehend them (e.g. the Trinity), but they are absolutely veridical. Both are wrong insofar as that whatever the Church holds out as Truth cannot change; the contrary view is that of Modernism.

Truth is no more immutable than man himself, since it evolved with him, in him, and through him.

Scientific progress demands that the concepts of Christian doctrine concerning God, creation, revelation, the Person of the Incarnate Word, and Redemption be re-adjusted.

Modern Catholicism can be reconciled with true science only if it is transformed into a non-dogmatic Christianity; that is to say, into a broad and liberal Protestantism

It's scary how this has come to pass. Remember too, that Bergoglio is the one who infamously stated, "Who am I to judge?' (In reference to sodomites). My prediction for the Sin-od is that they will formally adopt the antipope's "Jiminy Cricket" view of morals, "Let your conscience be your guide." If you ever watched the Disney movie classic Pinocchio,you'll remember that before the title character goes out to face the world, his friend, Jiminy Cricket advises him to just let his conscience be his guide. Ironically, after receiving this advice, Pinocchio gets into all sorts of trouble, suggesting that his conscience wasn't such a great guide after all. It's a rightly formed conscience that matters. One formed by the Truths revealed by Christ and His One True Church. This is the only way we can have full and accurate morals.

But now, Antipope Francis will be attempting to find creative ways to sin. He will flaunt God's unchanging moral code--at the very least by making it seem that you can "discuss it" as though it were possible to change. Not only is this blasphemous in and of itself, it gives people the scandalous idea that morality is uncertain, relative, and even unknowable. Soon we may very well have the Vatican II sect officially sanction Jiminy Cricket ethics as "Pope Pinocchio's" nose grows longer and longer with each relativistic and Modernistic lie he tells his followers. Most ironically, the man who wants us to question the authority of the Church has no authority. Question Francis.