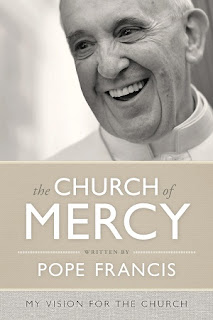 The apostate Jorge Bergoglio ("Pope Francis") launched his "Year of Mercy" on December 8, 2015 (feast of the Immaculate Conception) and it will end November 20, 2016 (the Vatican II sect's feast of Christ the King). The layman claiming title as "pope" has given "jurisdiction" to the priests of the pseudo-Traditionalist Society of St. Pius X (SSPX) to hear Confessions. This man is leading millions to Hell by a false concept of "mercy" that prevents true sorrow for sin, and would invalidate the Sacrament of Penance, even when a valid priest can be had.


It's very difficult  to invalidate Penance with a true priest. Surely, the priests of the SSPX are properly trained and validly ordained (at least those who are trained from within the ranks--not the "priests" of the Vatican II sect who are accepted by them without re-ordination in the Traditional Rite). How can such confessions be invalid? Moreover, since the SSPX accepts Frankie as "pope," could their own members be subject to invalid Confession? Perhaps. Let Catholic theology explain why.

According to all pre-Vatican II theologians (Jone, Prummer, McHugh and Callan, etc.), three acts are necessary on the part of the penitent for every valid Confession: Contrition, Confession, and Satisfaction.

1. Contrition, as defined by the Holy and Ecumenical Council of Trent is "...a profound sorrow and detestation for sin committed, and with a resolution of sinning no more." It includes the purpose of confessing and making satisfaction for one's sins." Natural remorse based on shame is insufficient, because the Sacrament of Penance is of the supernatural order. Attrition, also known as "imperfect contrition" suffices for a valid Confession. Unlike contrition, which can forgive sins even outside the Sacrament of Penance when accompanied by desire for the sacrament, attrition is motivated by the supernatural fear of Hell and is only efficacious within the Sacrament itself.

Furthermore, contrition or attrition must be true (not pretended), supernatural (i.e. inspired by Grace and motivated by some consideration known by the light of Faith), supreme (i.e., an intellectual conviction that sin is the greatest of all evil), and universal (i.e., it extends at least to all mortal sins). You must have the purpose to amend your life. This resolve must be firm at the time of Confession; it must include the intent to avoid the occasion of sin and to safeguard against it through prayer--and it must be intended to avoid all mortal sin.

2. Confession is the act of telling all known sins to a valid priest.

3. Satisfaction is an act of virtue to appease Divine Justice. We can never make quantitative satisfaction, because God's friendship is of infinite value, and we are finite. We can, and must, make proportionate satisfaction through the Grace of Christ by freely doing penance for sin, by bearing patiently any/all temporal punishment sent by God, and by doing the penance imposed by the priest.


Modernist (Vatican II) Theology
Penance was destroyed by Montini ("Pope" Paul VI) in the document Reconciliationem inter Deum et Homines (hereinafter "RDH"). It was promulgated on December 2, 1973, and changed the name of the sacrament to "Reconciliation." This changes the way the penitent views his sins.

1. Sin is not mortal, but grave

The term grave is also found in the reformed Vatican II Code of Canon Law (1983). A mortal wound is one that kills. A grave wound, not necessarily so. Hence, mortal sin kills the Divine Grace in our souls. Does "grave" sin do so? Why the change in nomenclature? The line between mortal and venial sin has been blurred. RDH declares that "...the ultimate purpose of penance is that we should love God deeply and commit ourselves completely to Him." This is a seriously defective concept of Penance. Is support of abortion a grave sin? Apparently not, if the Vatican II sect gives its invalid communion cracker to the likes of Joe Biden and Nancy Pelosi. What about living in open adultery and pushing sodomite marriage into law; are those grave sins? Ask the "priests" who give the invalid cracker to NYS Governor Andrew Cuomo.

2. Act of Contrition is Altered

It now reads:"My God, I am sorry for my sins with all my heart. In choosing to do wrong and failing to do good, I have sinned against you (lower case for God in original) whom I should love above all things. I firmly intend, with your help, to do penance, to sin no more, and to avoid whatever leads me to sin. Our Savior Jesus Christ suffered and died for us. In his name, my God, have mercy. Amen."

What's wrong with it?
3. Sin Denied In Practice

Frankie and his evil clerics teach that Hell doesn't exist (or if it does, hardly anyone goes there).  They give "communion" to anyone--recently to Protestants! Most people under 60 don't even know about the "Sin of Presumption," i.e., presuming on the Mercy of God to save you from Hell despite leading a sinful life and without the need to repent. A penitent under Modernist notions may not have the three necessary acts for a valid absolution---even with a valid priest using the correct form with the proper intention.

Frankie's "Year of Mercy" is only a disguised "Year of Accelerated Damnation" for the unwary as he shoves false, Modernist notions of "mercy" and "reconciliation"  down their throats. The "recognize and resisters" of the SSPX tell their congregants that Bergoglio is "pope." So who can blame them if they begin to absorb his poison, despite their pleas to "resist"? Are you listening Bp. Fellay? John Salza? Robert Siscoe? Probably not. Remember, my dear readers to "work out thy own salvation in fear and trembling" (Phil. 2:12). As a wise man once said, "If the mercy of God kept all out of Hell because no one deserves eternal punishment, wouldn't the justice of God keep everyone out of Heaven because no one is worthy of eternal bliss with God?"
Posted by Introibo Ad Altare Dei at 2:50 AM