Throwing Out The Supernatural; A Logical Leap Into Heresy 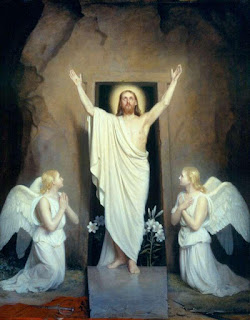 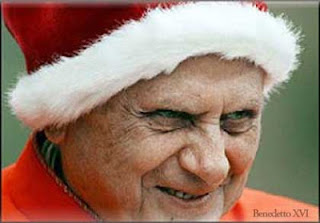 In his most recent book, Joseph Ratzinger, aka "Pope" Benedict XVI, declares that there is no evidence in that angels sang at the Christ child's birth. Although a common prop in Christmas stories and songs, the Scriptures do not mention it. The Bible doesn't mention many things, but there are TWO sources of Divine Revelation, Scripture and Tradition. Ratzinger, in true Modernist fashion wants to "de-mythologize" the Bible and Tradition, which means miracles and any mention of the Supernatural must be eliminated or explained away. As Bishop Sanborn puts it:

Likewise Ratzinger denies the dogma of the general resurrection from the dead. In  Introduction to Christianity, he says:


“It now becomes clear that the real heart of faith in the resurrection does not consist at all in the idea of the restoration of bodies.” (page 349) Referring to the biblical pronouncements concerning the general resurrection, he says:“Their essential content is not the conception of a restoration of bodies to souls after a long interval…” (page 353) “This resurrection [of the body] would also imply — or so it seems at any rate — a new heaven and a new earth; it would require immortal bodies needing no sustenance and a completely different condition of matter. But is this not all completely absurd, quite contrary to our understanding
of matter and its modes of behavior, and therefore hopelessly mythological?” (page 348)


Really? St. Peter did not find the idea of a new heaven and earth “completely absurd,” as Ratzinger does, for he says in his Second Epistle: “Looking for and hasting unto the coming of the day of the Lord, by which the heavens being on fire shall be dissolved,and the elements shall melt with the burning heat? But we look for new heavens and a new earth according to his promises, in which justice dwelleth.” (III:12-13)


What is the teaching of the Catholic Church? It does not findthe resurrection of the body to be “hopelessly mythological.” The Second Council of Lyons, held in 1274, teaches:


“The same most holy Roman Church firmly believes and firmly declares that on the day of judgement all men will be brought together with their bodies before the tribunal of Christ to render an account of their own deeds.”


This is solemn magisterium. The denial of it would be heresy.


You do the logic. 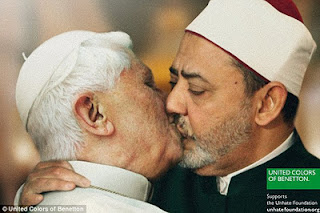 Posted by Introibo Ad Altare Dei at 9:08 PM No comments: 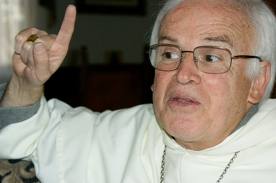 "Bishop" Raul Vera Lopez of the Concillar Diocese of Saltillo, Mexico is under "investigation" by Ratzinger for supporting groups that want legalized abortion and "marriage" for sodomites. In an interview for Lifesitenews.com, Vera Lopez defended his pro-abortion stance as follows:

“What might be subject to debate is the penalization or non-penalization, and do you know why? Because of the frightful failures we have in Mexico in the judicial process. And they have imprisoned indigenous women for miscarriages, they have imprisoned them, there, in the state of Guanajuato, indigenous women who have had miscarriages, and they are in jail.”
“So, knowing the type of justice system we have in Mexico, and that they are going to manage that, for that reason we…I personally have never entered into a discussion about that, never have entered, never have entered.”

Vera López repeated his contention that women have been imprisoned in Guanajuato for miscarriages later in the interview. This reporter observed that pro-abortion organizations had accused the government of imprisoning women for miscarriages, but in fact (in accordance with the evidence presented at their trials) the women had killed their babies following birth at full gestation.  The bishop claimed that he knew nothing about those cases, and insisted that women had been imprisoned in Guanajuato for miscarriages.

Asked about the new Catechism of the Catholic Church’s teaching that abortion should be prohibited by law, the bishop claimed that the if the Church evangelized people properly, the government’s laws would be of no concern. He repeated his contention that it was not pro-abortion to advocate the depenalization of abortion."

So there you have it. It is not pro-abortion to advocate the depenalization of abortion! Let's ask Mr. Vera Lopez "Would it be considered moral and not anti-Semetic to legalize the genocide of the Jews as long as we personally recognize it as murder?" What a joke. What will Ratzinger do? Nothing of course!! It's not as if he called into question Vatican II or refused to say the Novus Ordo "Mass"! To understand the Vatican II sect, you must first abandon all logic and then get your priorities straight.

Posted by Introibo Ad Altare Dei at 5:46 PM No comments:

A reader has written the following on my post of "Is Sedevacantism Heretical?"

"Introibo you have posted rubbish! The heretical position of the sedevacantist is that the Church is going through a great apostasy! Well, this contradicts the very words of scripture..."I will be with you all days...unto the consummation of the world"...the world has not been consumed and our Lord is still with us...as is His Church, which is indefectable and will stand for all time! No where in scripture is a great apostasy within the church mentioned ANYWHERE...not even prophetically or literally. Quite the contrary is mentioned...our Lord says that "wolves will get into the fold"...these are heresyarchs...who have names and obvious agendas. One is to confuse and poison the mind of believers that we are living in a time of apostasy, that the sedevacantists have created! This is in contradiction to scripture and the teachings of Holy Mother Church...who, on matters of faith and morals is infallible...as it must be, in order for the members of the Church to understand what she teaches, in order for us to save our souls... You my friend are not only delusional, but you are a heretic"

I've already dealt with the absurdity of sedevacantism as heresy. So, my opponent's unproven assertion that it is “delusional” to believe that the overwhelming majority of Catholics might one day end up adhering to a false pope, I respond with the teaching of the theologian Father Sylvester Berry:

“There seems to be no reason why a false Church might not become universal, even more universal than the true one, at least for a time.” (ibid. 155) An ecumenical Super-Church with a false pope? Imitation sacraments? Lying wonders? The faithful reduced to a remnant? After four decades of the Vatican II disaster, how absurd and delusional does that sound?

It is precisely because I believe in the Indefectibility of the Church that I'm a sedevacantist (True Catholic). The Church CAN NOT GIVE EVIL. However, the teachings of the post-Vatican II sect contradict word for word prior Magisterial teachings on what is good and true. Therefore, either (a) the Church defected OR (b) the hierarchy defected and lost authority; the True Church remaining with the Traditionalists. It is through us that His promise to be with us all days stands confirmed.
Posted by Introibo Ad Altare Dei at 1:41 PM 3 comments: