The Evolution Of Hate 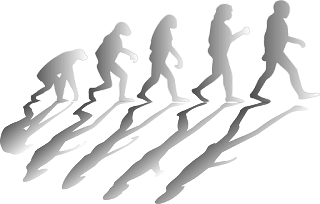 False Accusations About A True Apparition 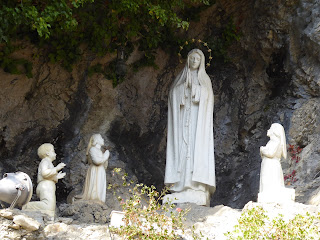 Our Life, Our Sweetness, And Our Hope 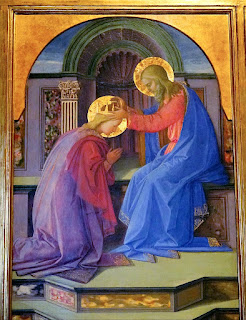 The Authority Of Papal Allocutions 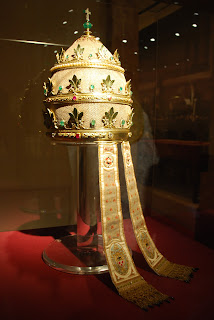 1. Feeneyites and "Recognize and Resistors:" You must accept all that the Church teaches and submit to it--even in an address to midwives explaining Baptism of Desire, or even when "Pope" Francis, whom you accept as Vicar of Christ tells you "There is no Catholic God."

2. Vatican II apologists: The Vatican II sect must give credence to Bergoglio's rantings that "There is no Catholic God," "Proselytism is solemn nonsense," and "Even atheists can go to Heaven." These statements are a denial of the Catholic Church as the One True Church, outside of which there is no salvation. It also denies faith as necessary for salvation.

The Dreaded "S-Word:" The last line of defense for those listed above is to exclaim, "He was only speaking as a private theologian!" However, that brings them to a place they don't want to be. As St. Alphonsus Liguori teaches: "If ever a pope, as a private person, should fall into heresy, he would at once fall from the pontificate.”(See Oeuvres Complètes. 9:232; Emphasis mine). The Feeneyite, when confronted with the Address to the Italian Midwives, must conclude Pope Pius XII wasn't pope, as he professed the "heresy" of Baptism of Desire as a private theologian. The R&R and Vatican II apologist must realize Bergoglio cannot be pope also for professing heresy. Welcome to sedevacantism.

The Church is our sure guide in life. Even allocutions have doctrinal value that cannot be dismissed. In the theological periodical Clergy Review, theologian Smith summed it up well:

Catholics are bound to believe what the Church teaches. To refuse the assent of divine-Catholic faith to a dogma is to be a heretic; to refuse the assent of ecclesiastical faith to a doctrine which the Church teaches as belonging indirectly to the deposit of faith is to be more or less near to heresy; to refuse internal religious assent to the non-infallible doctrinal decisions of the Holy See is to fail in that submission which Catholics are strictly bound to render to the teaching authority of the Church.(Emphasis mine).