The Dr. Seuss Of Ecclesiology 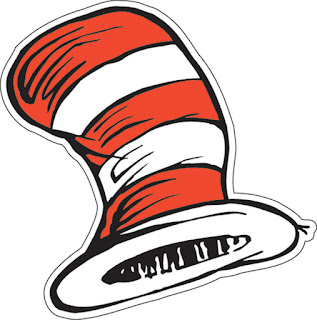 Bishop Richard Williamson has become a joke. He's been a joke for some time now, and it just keeps getting worse. His "St. Marcel Initiative" (a version of the Society of St. Pius X [SSPX] with no desire for union with Modernist Rome) formerly referred to as the "Society of St. Pius X of the Strict Observance" continues to attack the sedevacantist position, even as they attack the SSPX as being "too soft" on Francis. He's "re-excommunicated" from the Vatican II sect after having consecrated two bishops for his "Initiative" in 2015 and 2016. Each Saturday, the baffled bishop sends out his "Eleison Comments" via e-mail, ostensibly to convince everyone that only his organization has the post-Vatican II situation properly figured out, and to warn people to stay away from sedevacantism.

He begins almost every issue of his "Comments" with some kindergarten-like rhyme. A small sampling should suffice:

. Shakespeare he's not, but you would expect that an educated man who was a close confidant of Abp. Marcel Lefebvre to understand basic Catholic theology and present a good argument. Such is not the case. During his last attack on sedevacantism, he's long on poetry and short on theology. You will look in vain for any citation to an approved theologian. In typical Feeneyite fashion, he will cite to a decree, and then give his interpretation instead of what the Church has always understood it to mean.

He begins his "Comments" of 9/17/2016 with the title, "Church's Infallibility." (Emphasis in original) Then the following rhyme, "Conciliar Popes I have to 'disobey,'  But that they are not Popes, I need not say." Bp. Williamson arrives at the correct conclusion; that the post-Vatican II "popes" are EITHER really popes and must be obeyed OR they are not popes and are owed no obedience.  Unfortunately, he proceeds to deny that this is the theologically (and logically) correct decision to be made. He cites the First Vatican Council (1870):

"We teach and define that it is a dogma Divinely revealed that the Roman pontiff, when he speaks ex cathedra , that is when in discharge of the office of pastor and doctor of all Christians, 1 by virtue of his supreme Apostolic authority, he 2 defines 3 a doctrine regarding faith or morals 4 to be held by the universal Church, by the Divine assistance promised to him in Blessed Peter, is possessed of that infallibility with which the Divine Redeemer willed that his Church should be endowed in defining doctrine regarding faith or morals, and that therefore such definitions of the Roman pontiff are of themselves and not from the consent of the Church irreformable." — Vatican Council, Sess. IV, Const. de Ecclesiâ Christi, Chapter iv. (Emphasis in original).

The bishop goes on to explain that these are the four requirements for an infallible decision. He emphasizes that the fourth so-called requirement of infallibility coming from the Church, means that the pope must "plug in" the requirements to be infallible. He analogizes to a housewife who must plug in her iron to an electric power source or it does't work. His conclusion: If the pope doesn't "engage the four conditions" he can say what he likes without harming the infallibility of the Church.

Bp. Williamson is correct insofar as a "pope" who teaches heresy is no pope and so no harm can come to the Church in that sense. On everything else, he's completely wrong.

The Teaching of the Church

According to theologian Tanquerey, "The conditions, all of which must be present at the same time in order that the Pontiff's judgement may be infallible are:

a. The Roman Pontiff may not be speaking as a private doctor, nor as bishop of the city of Rome, nor as a prince of a state, but as the Pastor and Doctor of the universal Church according to his supreme authority;

b. The Roman Pontiff should be teaching a truth of faith or morals;

c. The Roman Pontiff must be defining, that is, he must be determining with finality which doctrine must be held with internal faith;

The fourth requirement is to "bind the universal Church." It does not mean that the pope can teach heresy, and as long as he does not attempt an infallible definition, all is well. That the Church is infallible means this:

"...the Church can neither deceive or be deceived in matters of faith and morals. It is a prerogative of the whole Church; but it belongs in one way to those who fulfill the office the office of teaching, and another way to those who are taught. Hence, the distinction between active infallibility, by which the Church's rulers are rendered immune from error when they teach; and passive infallibility, by which all of Christ's faithful are preserved from error in their beliefs." (See theologian Van Noort, Dogmatic Theology, 2: 102).

You will notice nothing about housewives, toasters, or "plugging things in" to the Church. Bp. Williamson has distorted this beyond recognition. The Church's teaching office cannot teach error, and the faithful can be secure in their beliefs. If error is taught, it cannot have come from the Church. That pope must have lost ecclesiastical office by the profession of heresy.

The Extent of Infallibility

Theologian Van Noort assures us that the secondary objects of infallibility include: 1. theological conclusions, 2. dogmatic facts, 3. the general discipline of the Church, 4. approval of religious orders, and 5. canonization of saints. Let's look at just two of these secondary objects of infallibility, and see if Bp. Williamson would go along with being obedient, as a Traditionalist Catholic must.

The General Discipline of the Church

"When the Church's rulers sanction a law, they implicitly make a twofold judgement: 1.'This law squares with with the Church's doctrine of faith and morals;' that is, it imposes nothing that is at odds with sound belief and good morals. This amounts to a doctrinal decree. 2. 'This law, considering all the circumstances, is most opportune. This is a decree of practical judgement." (See Van Noort, 2: 115).

So, Bp. Williamson, the Vatican II sect and their "popes" all of whom you accept as legitimate have infallibly imposed a "New Order of Mass" and a new order in all the sacraments. Why do you reject them?

Mother Teresa of Calcutta was a great humanitarian, but also was a heretic who believed in  ecumenism and participated in false worship. (See my post of 9/12/16, "Putting Unity Before Truth" for more on Mother Teresa). Francis proclaimed the following,

"For the honor of the Blessed Trinity, the exaltation of the Catholic faith and the increase of the Christian life, by the authority of our Lord Jesus Christ, and of the holy Apostles Peter and Paul, and our own, after due deliberation and frequent prayer for divine assistance, and having sought the counsel of many of our brother bishops, we declare and define Blessed Teresa of Calcutta be [a] saint and we enroll her among the saints, decreeing that she is to be venerated as such by the whole Church. In the name of the Holy Father, and of the Son, and of the Holy Spirit."

That's infallible if he's pope. The Church doesn't want us venerating the damned, we need to be sure they are both in Heaven and worthy of emulation.

Bp. Williamson, even if Mother Teresa was saved, do you believe her acts of public false worship and apostasy from the Catholic faith make her worthy of emulation and veneration by all the faithful? Will you pray to her, and offer Mass in her honor?

According to theologians McHugh and Callan:

"Rejection of a Command or Decision of a Pope Can Happen In One of Three Ways:

It's clear that Bp. Williamson rejects decisions of the post-Vatican II "popes" that Catholic theology demands we regard as infallible. They were promulgated in their official capacity as "pope." You must either submit or be outside the Church. As a matter of fact, since these decisions are the objects of infallibility, you would be a heretic, not merely in schism. The only alternative is that, as all the pre-Vatican II theologians taught, these men professed heresy in their personal capacity and fell from office by Divine Law.

Bp. Williamson wants to make himself sound "reasonable" and not "extreme." The sedevacantist position is logical and only "extreme" when you don't understand theology. His next "Comments" should begin:

"Theology I understand not, with me don't throw in your lot.
A good argument I cannot make; listen to me not for Heaven's sake!"
Posted by Introibo Ad Altare Dei at 1:08 AM