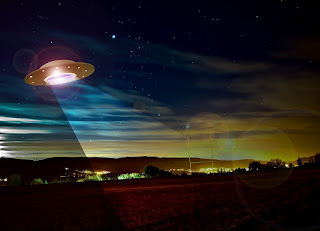 He called himself "Do" [pronounced "dough"] and was the son of a Protestant minister. Born in 1931, he obtained a Bachelors Degree in philosophy in 1952 after which he was drafted and spent a couple of years serving in the United States Army. Upon his honorable discharge, he married and had two children; during that time he entered a Protestant seminary, hoping to become a minister like his father. He dropped out and obtained a Masters Degree in music, landing a professorship teaching music at the University of Alabama. While teaching there, he attempted to seduce a male student, and was promptly fired in 1965. That should have been the end of his career; instead he was then hired as Chairman of the Music Department at the (formerly) Catholic University of St. Thomas in Houston. He came out as an open sodomite and divorced his wife. In 1970, he resigned his position citing depression and emotional problems.

Surviving a near-death experience in 1972, Do was asked by one of his attending nurses, Bonnie Lu Nettles, to join her religion which taught human bodies were merely containers that could be abandoned in favor of a higher physical existence. This would be achieved when an alien spacecraft would arrive in Earth's orbit and take them to "the Kingdom of Heaven." Fascinated, he joined and became a "true believer," with "Ti" (Nettles name given by the aliens, just as he would be dubbed "Do"). Ti died in 1985, and the long awaited spaceship still had not arrived. According to the sect, Unidentified Flying Objects or UFOs, were alien spaceships that had come to Earth but did not want to publicly reveal themselves except to a chosen few who would be taken to "the Kingdom" in a higher evolved state of existence.

There were a number of strict rules that were imposed on followers: sex was prohibited, members had to cut their ties with the outside world, they were not permitted to watch television or read newspapers, and friendships or any kind of socializing were to be given up. Personal adornment was disallowed; women could not wear jewelry and men were required to shave off beards. Several of the sect's male members had themselves castrated so they wouldn't break the rule against sex and anger the aliens. Soon after the 1995 discovery of the comet Hale-Bopp, the sect members became convinced that an alien spacecraft was on its way to Earth, hidden from human detection behind the comet. On March 26, 1997, as Hale-Bopp reached its closest distance to Earth, Do and 38 of his followers drank a lethal mixture of phenobarbital and vodka and then lay down to die, hoping to leave their "bodily containers," enter the alien spacecraft, and pass through to a higher plane.

Do's birthname was Marshall Applewhite, and the sect, originally called the Anonymous Sexaholics Celibate Church, had changed its name to Heaven's Gate, and the mass suicide was one of the most publicized stories of the 1990s. (See  Balch, Robert; Taylor, David [2002]. "Making Sense of the Heaven's Gate Suicides" in David G. Bromley and J. Gordon Melton [ed.]. Cults, Religion, and Violence. See also, Heaven's Gate, Charles Rivers Editors, [2020]).

Admittedly, there are many so-called "UFO religions" (some call them cults) and not all (or even most) advocate for suicide or murder. However, after reading up on them, I hesitate to call them "cults." A cult (in my way of considering a sect as a cult) uses coercion of some kind to get people in the group or prevent people from getting out. Heaven's Gate could pass for a cult given all the wacky rules that are oppressive. Yet consider that the group was not subject to any external threat, and there is no evidence that Applewhite’s supporters were mentally ill, vulnerable, or unduly credulous.

As for brainwashing, it becomes less plausible to believe when one considers that only a very small percentage of members felt constrained to give up worldly ties to follow Nettles and Applewhite, and the majority of those who did, subsequently left the group prior to the suicides. Fascination with UFOs is nothing new. First called "Foo Fighters" during WWII, and then called UFOs, the term was coined in 1953 by the U.S. Airforce to describe any "perceived aerial phenomenon that cannot immediately be identified or explained." Recently, on June 25, 2021, the Pentagon released a report, nine pages in length, on UFOs to Congress. The military has renamed UFOs as unidentified aerial phenomena –UAPs. This was done purposely, at least in part, to avoid the claim associated with the term UFO, namely, that aliens from another planet/dimension have visited Earth. (See  astronomy.com/news/2021/07/pentagon-ufo-report-no-confirmed-aliens-but-the-government-wants-to-learn-more).

I've always found those with an unhealthy interest regarding UFOs to be disturbed to one degree or another. (Case in point--- all the UFO material on Fred and Bobby Dimond's "Most Holy Family Monastery" website!). This post will discuss the UFO phenomena, the associated UFO sects/cults seeking members, and how to try and convert someone who belongs to any such sect.

The Enigma of UFOs

(The following sources were used for this post in addition to those cited within the post itself: Gulyas, Aaron John  Extraterrestrials and the American Zeitgeist: Alien Contact Tales Since the 1950’s [2013]; Palmer, Susan J. “The Raelian Movement” in The Gods Have Landed, [1995]edited by James R. Lewis; Keane, Leslie UFOs,[2010]; Hynek, J. Allen, The Hynek UFO Report [1977]---Introibo)

From 1947 to 1969, the U.S. Air Force investigated UFOs in a top secret operation known as Project Blue Book ("PBB"). PBB investigated 12,618 reported UFO sightings. Each sighting was placed in one of several categories; psychological meant the origin was the result of an hallucination by one or more persons not of sound mind; substance induced meant the person was under the influence of drugs and/or alcohol and hallucinated it; hoax meant the person lied, made up photos, etc.; scientifically explained meant the sighting had a rational explanation (e.g., the person(s) saw a weather balloon that flew off course, etc.); and unidentified meant they did not fall into any of the other categories, they were real, yet the scientists working for PBB could not explain what they were. Of those 12,618 investigations, 701 or approximately 5.5% were in the unidentified category.

By the end of PBB, Hynek had changed his mind. The hardened skeptic and agnostic believed there was sufficient evidence that UFOs were extraterrestrial or extradimensional crafts. In 1985, Hynek explained why he changed his mind:

Two things, really. One was the completely negative and unyielding attitude of the Air Force. They wouldn't give UFOs the chance of existing, even if they were flying up and down the street in broad daylight. Everything had to have an explanation. I began to resent that, even though I basically felt the same way, because I still thought they weren't going about it in the right way. You can't assume that everything is black no matter what. Secondly, the caliber of the witnesses began to trouble me. Quite a few instances were reported by military pilots, for example, and I knew them to be fairly well-trained, so this is when I first began to think that, well, maybe there was something to all this. (See Hynek, pg. 132).

So What Are They?

1. They are natural phenomena science has yet to explain. This is the position of most government agencies around the world (many of which have also investigated UFOs) and the majority of scientists, atheists and agnostics. Just as they attempt to do away with religion as an "explanation for things primitive people did not understand," so too, they claim that there must be a logical, scientific explanation not involving the paranormal or supernatural. They deny, a priori, the very possibility of anything outside what science can explain. For thousands of years, scientists thought autotrophs needed light to produce their own food. Then, in the 1970s, with the discovery of autotrophic bacteria deep under the ocean where there is no light, they came to understand the process of chemosynthesis. Hence, they argue, there are somethings science cannot explain yet.

2. They are extraterrestrials with advanced technology that have come to Earth for a reason. This theory states UFOs are real, empirical, objective realities. They are advanced life forms come to Earth with advanced technology to study humans, but try and avoid detection. Many conspiracy theories arise from this idea, such as Area 51, a U.S. government facility alleged to hold the remains of a crashed UFO and the bodies of the aliens who died in that crash.

Problems: There are several questions that need to be answered regarding this proposed solution in order for it to make sense: