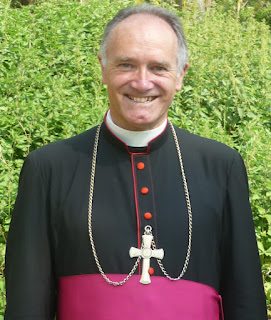 Every once and awhile, it is good to remember why we hold the sedevacantist position. A friend of mine bought to my attention the following website, with an article entitled Against Sedevacantism, which can be read in full here:

It advances eleven (11) reasons why sedevacantism is allegedly wrong and the "recognize and resist"("R&R") position of those like the Society of St. Pius X (SSPX) is the correct view of what has happened to the Church since Vatican II. In this post, you will not be reading anything new in the clash between the two standpoints; rather the main part of each argument will be reproduced below in red font (the article is so long I needed to condense it to the principle contentions), with my response in black below it.  You will see the more or less same worn out R&R arguments. Let this post serve as a reminder why every True Catholic should be a sedevacantist.

First Argument: The Catholic Church Will Always Have A Pope

Vatican I infallibly teaches us: If anyone says that it is not by the institution of Christ the Lord Himself (that is to say, by Divine Law) that blessed Peter should have perpetual successors in the primacy over the whole Church; or that the Roman Pontiff is not the successor of Blessed Peter in this primacy, let him be anathema. Vatican I, Session 4, Ch. 2 (bold emphasis and parenthetical words are in the original, italic emphasis added).

It is theological ignorance to suggest that you need a living pope on the throne of St. Peter as a necessary requirement to have perpetual successors. Protestants would often use an interregnum as "proof" that the papacy wasn't "perpetual" because there was no pope for some time. According to theologian Dorsch, "The Church therefore is a society that is essentially monarchical. But this does not prevent the Church, for a short time after the death of a pope, OR EVEN FOR MANY YEARS, from remaining deprived of her head. [vel etiam per plures annos capite suo destituta manet]. Her monarchical form also remains intact in this state.…Thus the Church is then indeed a headless body.… Her monarchical form of government remains, though then in a different way — that is, it remains incomplete and to be completed. The ordering of the whole to submission to her Primate is present, even though actual submission is not…For this reason, the See of Rome is rightly said to remain after the person sitting in it has died — for the See of Rome consists essentially in the rights of the Primate. These rights are an essential and necessary element of the Church. With them, moreover, the Primacy then continues, at least morally. The perennial physical presence of the person of the head, however, [perennitas autem physica personis principis] is not so strictly necessary." (de Ecclesia 2:196–7; Emphasis mine).

Second, according to theologian Salaverri, instead of being a "primary foundation… without which the Church could not exist," the pope is a "secondary foundation," "ministerial," who exercises his power as someone else’s (Christ’s) representative. (See De Ecclesia 1:448)