SSPX: A Little Modernism Goes A Long Way Towards Hell 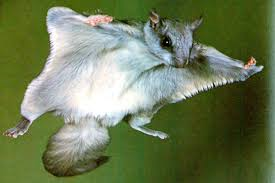 Pity the "recognize and resist" members of the Society of St. Pius X. When you recognize an apostate as "pope," and want to become part of its One World Church someday, you begin to breath in the poisonous air of Modernism which kills all it infects. After all, if Jorge Bergoglio is really the pope, what basis do you have for deciding the wheat from the chaff? You must submit to the Roman Pontiff, not act as some uber-Magisterium that can decide when he's right and when he is wrong. Case in point: I reproduce below an open letter to the Superior General of the SSPX, Bishop Bernard Fellay about the Modernism that is infecting the Society in India. It involves publication by SSPX priests called (I kid you NOT) "The Flying Squirrel" (with apologies, I suppose, to fans of the old "Bullwinkle" cartoon). I will comment at the end. (For brevity, I have omitted footnotes and reference to exact page numbers in The Flying Squirrel.)


Regarding your SSPX India publication called “The Flying Squirrel”

An anonymous letter from the Catholics at Father.Themann.Answered@gmail.com.


recently caused in most English-speaking countries by The Flying Squirrel, here is your chance. Your Society’s Flying Squirrel has been circulating on several continents.


Based on the past, we doubt you will publicly correct the mortally sinful scandals in

First of all, why does your Society’s new publication adopt the name, “The Flying Squirrel”? Did your Society run out of saints and Catholic symbols (like the Cross), after which you could name this periodical? Until recently, your Society’s India


publication was called the Salve Regina. No longer. Does the new
SSPX think that a Catholic name lacks the “freshness” and contemporary “feel” evoked by an irrational animal?

celebrating, which is the new mass, of course
. Your Society makes no comment about these scandals and evils.
Pope Francis’ sermon is empty, conciliar rhetoric – certainly nothing which could
help any traditional Catholic. Yet the Flying Squirrel
publishes it. The pope urges that Christ be the “center” but never says the center of what. He does say, though, that we should take “paths of searching” and “creative paths” which are “going to
the outskirts”, but not take “isolated paths”.

The pope preaches human service. This fits with his social worker agenda.

. The pope preaches letting ourselves be “conquered” by Christ. But, he explains, this
means “to always reach out to those in front of me”. This fits well with the pope’s continual themes of naturalism, humanism and social welfare. For example, Pope Francis says that: “The most serious of the evils that afflict the world these days are

youth unemployment and the loneliness of the old.” Your Society’s

Flying Squirrel shows its solidarity with the pope’s humanism, by its masthead motto: “Love brotherhood”.


Your Society’s publication of Pope Francis’ sermon includes the pope’s praise of Fr.
Pedro Arrupe, the heretical advocate of liberation theology.
With the pope’s inexhaustible series of grave scandals and errors, how can you say (as you do) regarding Pope Francis, that it is “difficult to arrive at a judgment about his words”?
Besides Pope Francis’ sermon, your Society’s Flying Squirrel contains a two-page “meditation” from the thoroughly-conciliar so-called “Catholic”, Kathleen Finley.


This “meditation” begins by using what it calls a “centering”
technique.
This is syncretism and ecumenism! The SSPX is here promoting the vocabulary of yoga, eastern paganism and the New Age!
The “meditation” which the SSPX is promoting here, is directed generically to the “Creator”, so as to offend no one. The request made to the Creator, is to “experience” Him. This experiential religion is the heresy of immantism and is rank Modernism. See, Pascendi, St. Pius X, §14.
In this “meditation”, there is no kneeling before a Catholic holy image. Instead the reader is told to sit near a door (to be examined) and focus on a lighted candle. As the “meditation” continues, it is simply an exercise in naturalism, humanism,
careful attention to everyday sensations, and appreciation of what mankind has accomplished. The reader is told to notice the texture of the door, the details of the doorknob, and appreciate the work of man. The “meditation” then quotes several passages from the heretical, protestantized
New Revised Standard Version
of the Bible. At this point, the “meditation” enters its second phase, considering how doors are a symbol of our lack of inclusiveness
and lack of openness to others. Finley asks the reader: “Do you want to ‘open the door’ a bit further to God [and] … anyone else?”

Your Society’s Flying Squirrel
contains many other scandalous articles. For
example, it includes an article promoting the humanist, naturalistic activities of Opus Dei members, who declare they were inspired by Pope Francis and the founder of Opus Dei. Their task was to teach boys to play soccer and use computers. As one Opus Dei member explained: “Seeing children of different religions play
together is something very special and a sign of a bright future”.

Your Excellency, why doesn’t your Society spend more time condemning the errors of heretics and pagans, and reminding readers there is no salvation outside the Catholic Church, instead of promoting Opus Dei’s works of interreligious harmony?

Your Society’s Flying Squirrel contains a naturalistic, politically correct article about gender discrimination and the human rights violations of infanticide against baby girls.  This article relies on analysis by the “director of a Jesuit centre for human rights” and is full of jargon such as the condemnation of India’s “patriarchal outlook”. The article laments that women do not often “become professionals or reach important positions”.

Your Society’s Flying Squirrel
contains an article about India’s lack of religious freedom, resulting in the persecution of a “Pentecostal” minister for attempting to “convert” a woman to join his (heretical) sect.  This article misleadingly makes it look as if religious liberty for heretics is a good thing, whereas it is an error of Vatican II.

Your Society’s Flying Squirrel
contains an article rejoicing that the conciliar church in India now has a new radio station, through which it can promote its conciliar errors.
Your Society’s Flying Squirrel
contains an article promoting a conciliar cardinal who erected a statue of Mary depicted in Indian attire. The article characterizes this statue as a “masterpiece of inculturation”. This cardinal is accused of seeking converts for the Catholic Church and he denies this accusation.
The article then adds the commentary of a conciliar priest-sociologist who defends the Catholic Church as a protector of the human rights of indigenous people. Lastly,the article says that although Indians have different religions, they are unified by culture.
Your Society’s Flying Squirrel
contains an article promoting the conciliar bishops of India for joining with government and secular groups to give humanitarian aid to Hindu pilgrims.

Your Society’s Flying Squirrel
contains an article about population control and the human rights violation of forced sterilizations.  There is no mention of the
laws of God or the teaching of the Catholic Church, in this article concerning many millions of abortions, sterilizations and ubiquitous artificial contraception.

Your Society’s Flying Squirrel contains an article about the lack of religious freedom and toleration in India. It contrasts the views of a Hindu leader, with the pluralistic opinions of the president of the “Global Council of Indian Christians”.

Your Excellency, your Society’s Flying Squirrel gives the impression that the issues it treats are important – although they are not – compared to what it should be talking about, e.g., condemning heresy, making converts, preaching the Social
Kingship of Christ and the Catholic Faith! The Flying Squirrel
is a grave public and international scandal! Such scandals are not sufficiently corrected except by strong, public measures made known in every place to which the scandal itself
extended.

Your liberalism is manifest in your choice of major superiors
Based on your track record, we think that your most likely reaction to the Flying
Squirrel
will be to give a promotion to India’s SSPX prior (who is responsible for this publication) making him an SSPX major superior. The ilk of your major superiors is clear. With very few (and decreasing) exceptions,they actively promote error and liberalism. To take just one example: your SSPX district superior for South America, Fr. Christian Bouchacourt, recently stated publicly: “The Jewish people did not commit deicide.”
Fr. Bouchacourt’s statement is a conciliar error which contradicts infallible Apostolic Tradition and the continual teaching of the Fathers, Doctors, Popes and
other sacred writers. For example, St. Thomas Aquinas taught: “The Jews therefore sinned, as crucifiers not only of the Man-Christ, but also as of God.” (‘et ideo Judaei peccaverunt, non solum hominis Christi, sed tamquam Dei crucifixores.’). Summa Theologica, IIIa, Q.47, a.5 ad3.


Fr. Bouchacourt’s statement is plainly false for the same reason that our Lady is
the Mother of God, viz ., she is the Mother of God because she is the mother (in His humanity) of a Person Who is God. The Jews committed deicide because they killed (in His humanity) a Person Who is God. Thus, they are God-killers – they committed deicide.
One final thought
The Flying Squirrel and the rest of the new SSPX remind us of some recent corporate history in the automobile business. GM (the large auto maker) owns the brand name, Oldsmobile. GM felt that the world had left behind the Oldsmobile brand. GM felt Oldsmobile’s only chance of survival was to update the brand to make it more contemporary, more youthful and more appealing to modern tastes.
So GM updated Oldsmobile and heavily advertised its rebranding. The tag line of
these ads was: “This is not your father’s Oldsmobile!”
Your Excellency, Archbishop Lefebvre is your “father”, isn’t he? Because of your Society’s liberal makeover and rebranding, it seems to us that you should consider using the tag line: “This is not your father’s Society!”

Incidentally, Oldsmobile went out of existence not many years after departing from its corporate “traditions”.
Wow! This is "Traditional"? The writers of the letter retain the Catholic Faith, but fail to see that Antipope Francis has abandoned it. The cause of the errors, heresies and scandals is the failure to reject him wholesale and give up any/all ideas of being engulfed and destroyed by the Vatican II sect. Hopefully, the writers will, like a flying squirrel, leap out of the SSPX and its mad desire to become part of Antipope Francis, and join True Traditionalists in sedevacantism. Anyone who would stay in such an environment would have to be nuts---the perfect subjects to be consumed by the SSPX's Flying Squirrel.