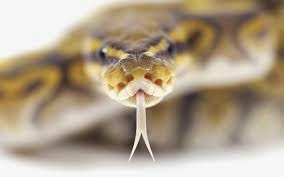 Mr. Jorge Bergoglio (Antipope Francis) has made a habit of undermining the vestiges of Catholicism through the mass media. It's as if the Antichrist had his own smartphone (666-HELL, perhaps?). Francis is truly a Modernist fox. By using interviews and phone calls, so-called "conservative" members of the Vatican II sect (e.g., "Fr." Z, Jimmy Akin, Dave Armstrong, etc.) can claim that "it was only an interview (or phone call), and therefore it is only his personal opinion. He was not speaking with his Petrine authority."

Meanwhile, everyone knows the practical consequences. If you accept this apostate joker as the Vicar of Christ on earth, any opinion he makes public will carry much influence over the Vatican II clergy and laity. His statements are both many and serious:

In his very first interview, Francis hinted at the possibility of giving "communion" (Deo gratias, it's invalid!) to adulterers, i.e. divorced and remarried Vatican II sect members. In retrospect, what he said is downright scary:
“Times have changed and the Church faces many problems,.. I think the time for mercy has come as John Paul II predicted by introducing the Feast of Divine Mercy. Divorced people can take communion, it is those who have divorced and remarried that cannot. Here I must add that the orthodox follow the theology of economics and allow second marriages. When the commission of eight cardinals meets at the beginning of October we will discuss how to proceed. The Church is taking a very close look at pastoral initiatives for marriage. My predecessor in Buenos Aires, Cardinal Quarracino always used to say: ‘I consider half of today’s marriages to be invalid because people get married without realising it means forever. They do it out of social convenience, etc…’ The issue of invalidity needs to be looked into as well.” (Emphasis mine)

On the feast of the false "Divine Mercy," Bergoglio declared the late, un-great heretic Wotyla (John Paul II) a "saint."  In the furtherance of a false notion of mercy and Wotyla's Modernism, Francis is now seeking to give communion to notorious adulterers on or about this October. It began with an interview. Follow that up with a phone call just recently to an Argentinian woman, whom Francis told it was OK to receive the Vatican II communion cracker at another parish! This is the signal that a de facto change is to come. Let's face it, what conservative Vatican II "priest" will have a leg to stand on for refusing communion to adulterers if "Christ's Vicar on Earth" is calling people up and telling them it's alright to do so?

Did the Holy See Press Office immediately denounce the report as false, and declare that communion for the adulterers can never be sanctioned? Of course not!  There was a FOUR SENTENCE press release which would not (and did not) deny that it happened, and leaves everyone wondering what to make of it. According to the blog of Vatican II canon lawyer Dr. Edward Peters, it is a serious matter. He writes:
(The sentences of the Holy See's Press Office will be in black; Dr. Peter's response will be in red)

Since they do not in any way form part of the Pope’s public activities, no information is to be expected from the Holy See Press Office. {The HSPO has never been limited to commenting only on a pope’s “public” activities, but this statement certainly serves to distance the HSPO from anything related to Francis’ phone calls. The phrase “in any way” strikes me as strong language.}

That which has been communicated in relation to this matter, outside the scope of personal relationships, and the consequent media amplification, cannot be confirmed as reliable, and is a source of misunderstanding and confusion. {Through the garbled syntax of the sentence, I think this says, again, that the HSPO has no intention of trying to parse what might or might not have been said in a papal phone call, so please don’t even ask.}

Therefore, consequences relating to the teaching of the Church are not to be inferred from these occurrences. {The most important sentence in the communique, and a welcome one, first for what it says—though that should have been obvious—and for its not repeating what was said earlier in regard to Francis’ homilies and ferverinos, namely that they supposedly form no part of the papal magisterium. Of course such statements, being liturgical, public, and on points of faith and morals, were part of the papal magisterium. Not a very big part, I grant, but still, a part. Popes cannot switch-off being popes in the middle of Mass, and the HSPO was, I think, wrong to imply otherwise. Anyway, that mistake is not repeated here.}"

So why wasn't it either denied or the authentic teaching reaffirmed? Francis is undermining the last edifices of Catholicism by leaving it like that, and knowing what the practical consequences would be. Bergoglio wants us to think that St. Thomas Moore and St. John Fisher were fanatics obsessed with "small-minded rules" and really gave up their lives for something that actually doesn't matter much. Here in New York, our openly adulterous, baby-killing, pro-sodomite governor, Andrew Cuomo, is given the Vatican II communion cracker by the so-called "bishop" of Albany. Francis just wants to "normalize" this everywhere.

People must remember the words of Sacred Scripture, “Death and life are in the power of the tongue” (Proverbs 18:21). Just this past week, the owner of the Los Angeles Clippers basketball team, Donald Sterling, was banned for life from the game because of racist statements he made. People were (rightfully) indignant over these hateful and evil remarks. However, no one seemed perturbed that the statements were recorded by his mistress, several decades his junior,  with whom he would regularly sit together to watch the games! He's been married to the same woman since 1955 and flaunts his adultery in front of his wife and the world. No one cares. The wife and mistress are after his money. "For the love of money is a root of all kinds of evil: which some reaching after have been led astray from the faith, and have pierced themselves through with many sorrows." (I Timothy 6:10). Francis apparently sees nothing wrong either.

We must ask ourselves, "Why would anyone be shocked to find racism in the heart of a man who harbors contempt for his marriage vows?"  As Our Lord Himself told us, “The good man out of the good treasure of his heart brings forth what is good; and the evil man out of the evil treasure brings forth what is evil; for his mouth speaks from that which fills his heart” ( St. Luke 6:45). What Francis speaks from his poison heart and trips out past his tongue is nothing less than vile heresy and moral aberration.

Mr. Sterling's remarks got him banned from basketball for life. Mr. Bergoglio's words will ban those who follow them from Eternal Life.