The Center Of Attention 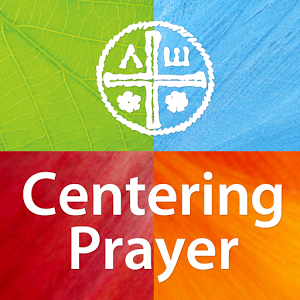 Prayer is the raising of the mind and heart to God. Unfortunately, for some members of the Vatican II sect, prayer is going deep within yourself! Many parishes, schools, and retreats of the sect push what is known as "centering prayer," which is defined as a technique that concentrates on emptying the mind of thought through the repetition of a single word, known as a mantra. If this sounds pagan to you, that's because it is based on Eastern pagan religions, and is being taught to the unsuspecting as a form of "Christian contemplation." The truth and dangers regarding centering prayer will be explored in this post.

The leading proponent of centering prayer is one Fr. Thomas Keating. Born in 1923, Keating entered an austere Trappist monastery in 1944, and was ordained to the holy priesthood in June of 1949. He was the abbot of St. Joseph's Monastery in Spencer, Massachusetts from 1961 until his retirement in 1981. According to Fr. Keating's own website:

Fr. Keating is an internationally renowned theologian and an accomplished author. He has traveled the world to speak with laypeople and communities about contemplative Christian practices and the psychology of the spiritual journey, which is the subject of his Spiritual Journey video and DVD series. Since the reforms of Vatican II, Fr. Keating has been a core participant in and supporter of interreligious dialogue. He helped found the Snowmass Interreligious Conference, which had its first meeting in the fall of 1983 and continues to meet each spring. Fr. Keating also is a past president of the Temple of Understanding and of the Monastic Interreligious Dialogue.

Perhaps the biggest testament to Fr. Keating's dedication to reviving Christian contemplative practices is his choice to live a busy, public life instead of the quiet, monastic life for which he entered the monastery. Fr. Keating's life is lived in the service of sharing the gifts God gave him with others.

Centering prayer, therefore, has its roots in pagan religion and Vatican II; most notably that robber council's damnable declaration Nostra Aetate ("The Relation of the Church to Non-Christian Religions"). In paragraph #2 it states:

Thus in Hinduism, men contemplate the divine mystery and express it through an inexhaustible abundance of myths and through searching philosophical inquiry. They seek freedom from the anguish of our human condition either through ascetical practices or profound meditation or a flight to God with love and trust. Again, Buddhism, in its various forms, realizes the radical insufficiency of this changeable world; it teaches a way by which men, in a devout and confident spirit, may be able either to acquire the state of perfect liberation, or attain, by their own efforts or through higher help, supreme illumination. Likewise, other religions found everywhere try to counter the restlessness of the human heart, each in its own manner, by proposing "ways," comprising teachings, rules of life, and sacred rites. The Catholic Church rejects nothing that is true and holy in these religions. She regards with sincere reverence those ways of conduct and of life, those precepts and teachings which, though differing in many aspects from the ones she holds and sets forth, nonetheless often reflect a ray of that Truth which enlightens all men. Indeed, she proclaims, and ever must proclaim Christ "the way, the truth, and the life" (John 14:6), in whom men may find the fullness of religious life, in whom God has reconciled all things to Himself. (Emphasis mine).

This is another example of the heretical ecclesiology of Vatican II. All religions contain some "ray of Truth" (often referred to as "elements of truth") and are to be "respected." The Church of Christ ( heretically considered distinct from the Catholic Church) is present "partially" in every religion according to how many "elements" it has, but is present "in its fullness" in the Catholic religion which has all the "elements." To have all the truth/elements is best, but to have some truth/elements is also good and can lead to salvation. By this insanity, you could "respect" Satanism because it teaches "some element of truth" such as the existence of fallen angels. Vatican II then pays lip service to Christ as "the Way, the Truth, and the Life" after having effectively denied His One True Church and its absolute necessity for salvation.

Fr. Keating and Vatican II stand condemned by Pope Pius XI in Mortalium Animos (1928), para. # 2:
For which reason conventions, meetings and addresses are frequently arranged by these persons, at which a large number of listeners are present, and at which all without distinction are invited to join in the discussion, both infidels of every kind, and Christians, even those who have unhappily fallen away from Christ or who with obstinacy and pertinacity deny His divine nature and mission. Certainly such attempts can nowise be approved by Catholics, founded as they are on that false opinion which considers all religions to be more or less good and praiseworthy, since they all in different ways manifest and signify that sense which is inborn in us all, and by which we are led to God and to the obedient acknowledgment of His rule. Not only are those who hold this opinion in error and deceived, but also in distorting the idea of true religion they reject it, and little by little. turn aside to naturalism and atheism, as it is called; from which it clearly follows that one who supports those who hold these theories and attempt to realize them, is altogether abandoning the divinely revealed religion. (Emphasis mine).

Likewise, Pope Leo XII in Ubi Primum (1824), para. # 14:
It is impossible for the most true God, who is Truth Itself, the best, the wisest Provider, and the Rewarder of good men, to approve all sects who profess false teachings which are often inconsistent with one another and contradictory, and to confer eternal rewards on their members. For we have a surer word of the prophet, and in writing to you We speak wisdom among the perfect; not the wisdom of this world but the wisdom of God in a mystery. By it we are taught, and by divine faith we hold one Lord, one faith, one baptism, and that no other name under heaven is given to men except the name of Jesus Christ of Nazareth in which we must be saved. This is why we profess that there is no salvation outside the Church. (Emphasis mine).


Turning to the (False) God Within

Centering prayer actually isn't prayer at all. Prayer is meant to lift us up in thought to God, Who is totally distinct from us so we can be in a loving relationship with Him. Centering prayer has the person repeat a monosyllabic word ("mantra") to express his "intentionality" of being "one with God." He is to return to this word to prevent any distracting thought (holy or otherwise). The idea is to suspend thinking as much as possible.  Why would you want to do that? The intent of the technique is to bring the practitioner to the center of his own person or being. There he will allegedly experience the presence of the "God who indwells him." You look for God, as if He were a part of you, because in these pagan Eastern ideologies, God and the universe are one. This takes the form of pantheism or panentheism.

These positions are similar, and in stark opposition of Church teaching that God and the universe are entirely distinct. According to one source that gave what I believe to be an accurate and concise definition:

1. If anyone shall deny One true God, Creator and Lord of things visible and invisible; let him be anathema.

2. If anyone shall not be ashamed to affirm that, except matter, nothing exists; let him be anathema.

5. If anyone does not confess that the world, and all things that are contained in it, both spiritual and material, have been, in their whole substance, produced by God out of nothing; or shall say that God created, not by His will, free from all necessity, but by a necessity equal to the necessity whereby He loves Himself; or shall deny that the world was made for the glory of God; let him be anathema.

The Evil of Centering Prayer

Conclusion
The apostate priest, Fr. Thomas Keating, has been busy spreading Eastern pagan ideology and pagan prayer under the guise of "silent prayer for contemporary people" in much the same way the Novus Bogus "mass" is an "updated version" of worship. Both are based on the heretical ecclesiology and ecumenism of Vatican II. Most frighteningly, people who practice centering prayer are so eager to "hear something supernatural within themselves," that in such an altered/hypnotic state precipitated by a pagan mantra, they open themselves up to suggestions of demons. It is a pagan practice, not some "updated form of monasticism"  for the laity.

Centering prayer is aptly named if only for one reason: Like the Novus Bogus, it makes humans the center of its focus. People look for "god within" and to be told they are all good, all holy. Humans get the praise. There is no need for One True Religion, or to repent. It is then that those involved will find themselves in the center of the deception from which they may (God forbid) never escape.
Posted by Introibo Ad Altare Dei at 12:27 AM