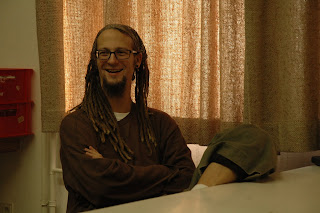 This is the next installment of my series to be published the first Monday of each month.

There are members of false sects, like Jehovah's Witnesses, that come knocking door-to-door hoping to convert you. Instead of ignoring them, it is we who should try and convert them. In 1 Peter 3:16, our first Pope writes, "But in thy hearts revere Christ as Lord. Always be prepared to give an answer to everyone who asks thee to give the reason for the hope that thou hast. But do this with gentleness and respect,..." Before the Great Apostasy, the Church would send missionaries to the ends of the Earth to make as many converts as possible.

Those in false religions don't always come (literally) knocking at your door. It may be a Hindu at work who wants you to try yoga. It could be a "Christian Scientist" who lives next door and invites you to come to their reading room. Each month, I will present a false sect. Unlike the Vatican II sect, I do not see them as a "means of salvation" or possessing "elements of truth" that lead to salvation. That is heresy. They lead to damnation, and the adherents of the various sects must be converted so they may be saved.

In each month's post, I will present one false sect and give an overview of: